Chinese vaccine, Sinovac attains emergency use approval from WHO

The WHO's approval gives the Chinese vaccine international emergency authority after conflicting data from testing sites raised doubts about its efficacy. 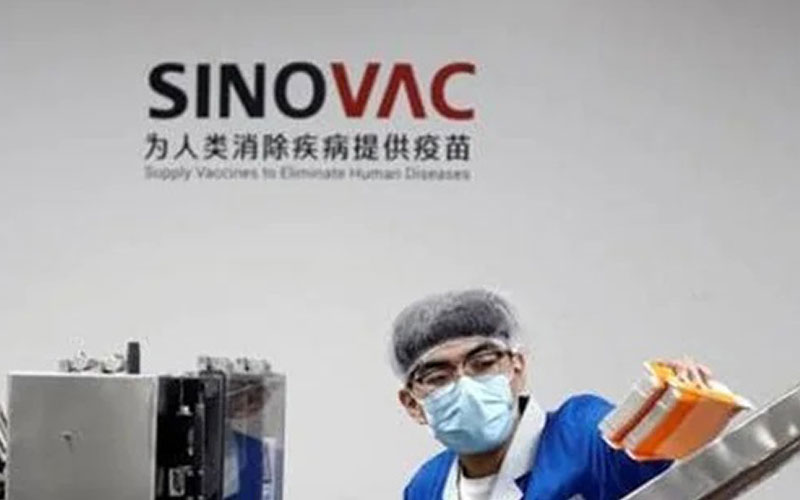 On Tuesday, the World Health Organization authorised the Sinovac Covid-19 vaccine for emergency use making it the second Chinese vaccination to get WHO approval.

According to a statement released on Tuesday by the WHO, the vaccine is suggested for adults aged 18 and older who are on a two-dose regimen with a two-to-four-week gap between doses.

A WHO statement read as, "WHO today validated the Sinovac-CoronaVac Covid-19 vaccine for emergency use."

The WHO's listing allows nations all around the globe to promptly authorise and import vaccines for distribution, particularly countries without their own international-standard regulator.

These will serve as additional vaccine options for Covax, a programme backed by the World Health Organization and other global health organisations committed to supporting that every country has access to vaccines, particularly poorer countries that are excluded as the world's existing supply has been consumed by wealthier nations.

Vaccines from Pfizer Inc. and BioNTech SE, AstraZeneca Plc, Johnson & Johnson, and Moderna Inc. have already been certified by the WHO for emergency use.

The WHO's approval gives the Chinese vaccine international emergency authority after conflicting data from testing sites raised doubts about its efficacy.

Vaccination effectiveness data indicated that the vaccine prevented symptomatic infection in 51% of individuals who were immunised and averted severe Covid-19 and hospitalisation in 100% of the group examined.

The move provides confidence to governments, financiers, procurement agencies, and communities that it complies with international safety, effectiveness, and production standards.

Vaccines made by Pfizer and BioNTech, Moderna, Johnson & Johnson, and the AstraZeneca jab manufactured in India, South Korea, and the EU, which it lists independently, have also been accorded emergency use listing by the health agency.