Chinese authorities rushed to erase or restrict the dissemination of articles and posts pertaining to the ceremony or Zhao. 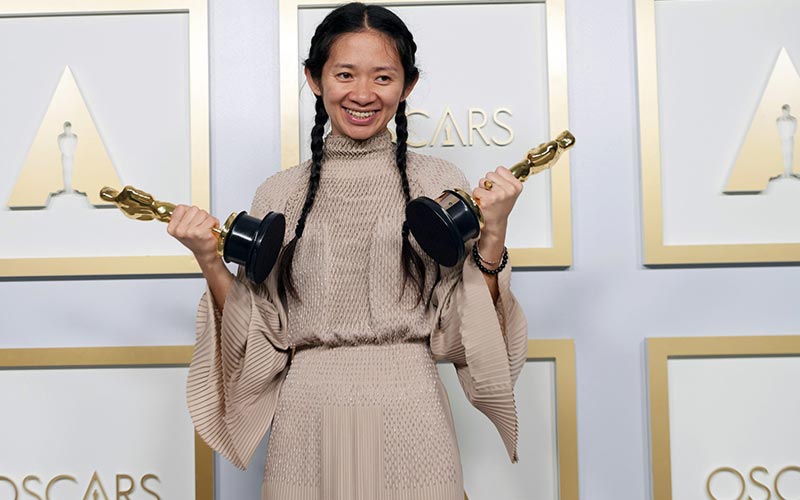 On Monday, Chloe Zhao who won the Best Director award at the 93rd Academy awards for her film ‘Nomadland’, became the first woman of colour to win an Oscar in her category. However, her birth country of China suppressed the news of her win, with leading Chinese state-run media dodging coverage of her momentous win.

The boycott of Chloe Zhao by Chinese media started back last month when she was accused of smearing China based off an 8-year-old interview, where she described China as “a place where there are lies everywhere”. Prior to this incident she was lauded by Xinhua, the official news agency of China.

Not even the Oscars received any significant coverage in Chinese state-run media such as news agency Xinhua, national broadcaster CCTV and the Communist Party of China’s (CPC) mouthpiece, People’s Daily. Many people on Weibo and WeChat were forced to use homonyms and wordplay to escape censorship of their posts about Zhao's Oscar win.

One social media influencer posted the clip of Zhao’s acceptance speech and titled it ‘A speech at an Academy Award’ to evade censorship, however his post was deleted within two hours.

Chinese authorities rushed to erase or restrict the dissemination of articles and posts pertaining to the ceremony or Zhao.

Search results on the Weibo website were censored. A search for "#93rd Oscars" resulted in an error message stating that "the topic is not found" due to "relevant laws, regulations, and policies."

Around 30 people gathered at a Shanghai bar as early as 8 a.m. local time to show their support for Zhao and to watch the awards on YouTube live. The screening, however, did not begin until 10 a.m., when organiser Kevin Ke was able to get his VPN service to function. “They cut the VPN,” Ke told the crowd. He also said that his WeChat handle was blocked after he praised Zhao in a post.

According to local media, the film was supposed to be released on April 23rd in China before the uproar regarding Zhao began in March, but it didn't open last week, there was no sign of an official word on the release.

This is for the first time in 50 years that the Academy Awards or Oscars was not broadcasted in China, following the nomination of the documentary film ‘Do Not Spilt’ based on the Hong Kong protests.