The Tianwen-1 spacecraft has "functioned normally" since its deployment last year, according to the China National Space Administration, and has gathered a "huge amount of scientific data." 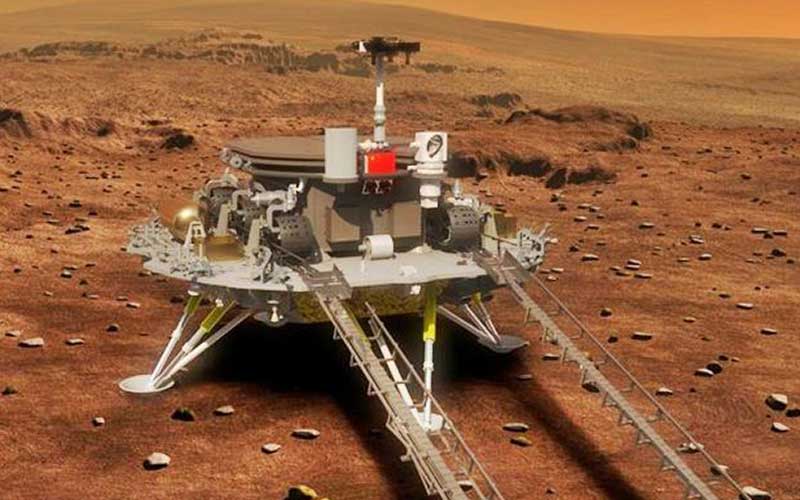 According to state news agency Xinhua, an unmanned Chinese spacecraft successfully landed on the Mars' surface on Saturday, making China the second country, after the United States achieve the feat.

The rover is part of China's Tianwen-1 mission, which launched in July last year and is named Zhurong. The landing is a significant achievement for China's space agency, which has come a long way in a short period of time.

The Tianwen-1 spacecraft, China's first interplanetary mission, landed on the surface of Mars, on Utopia Planitia which is a large plain area in the northern hemisphere of Mars, at around 7 a.m. local time.

The Tianwen-1 spacecraft has "functioned normally" since its deployment last year, according to the China National Space Administration, and has gathered a "huge amount of scientific data."

The rover will investigate the soil of Mars' surface and its atmosphere. Using ground-penetrating radar, Zhurong can search for evidence of ancient life, and also signs of subsurface water or ice.

The Tianwen-1 lander, with the rover- Zhurong attached, detached from the orbiter after a period of upwards of three months of circling Mars to launch on the planet's surface.

When the lander and rover breached the atmosphere of Mars, they went through a similar process as NASA's Mars rovers' "seven minutes of terror" while undertaking soft landings on Mars.

The spacecraft which weighed five tonnes was launched by the Long March 5th rocket from the southern Chinese island of Hainan in July of last year. In February, Tianwen-1 arrived at Mars following a more than six-month journey, then being in its orbit till Saturday.