"Some US officials have irresponsibly made their point of view and misrepresented China's normal and legitimate space-related efforts. China strongly rejects such statements. " 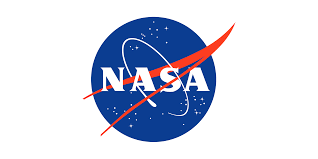 China accused the US of fueling an arms race in space and of blocking global strategic stability. At the same time, China has targeted NASA chief Bill Nelson for his statement that China, which is aggressively running the space program under the leadership of its military, may one day capture the Moon and claim ownership of it.

Chinese Foreign Ministry spokesman Zhao Lijian said this is not the first time that a NASA administrator has targeted China, ignoring the facts. "Some US officials have irresponsibly made their point of view and misrepresented China's normal and legitimate space-related efforts. China strongly rejects such statements. "

Lijian accused the US of promoting an arms race in space and disrupting global strategic stability. "We should be very concerned about China's arrival on the Moon and its statement that it now belongs to the People's Republic and everyone else should stay away from it," Nelson said in a recent interview.

He also claimed that Chinese astronauts are learning how to destroy satellites of other countries. According to Hong Kong's South China Morning Post newspaper, Nelson said that China and the US have fierce competition in space, especially for the south pole of the Moon, where water is likely to be found.