China in Action after US House Speaker Nancy Pelosi reaches Taiwan, Surrounds Taiwan From All Sides

Pelosi, who is the speaker of the US House of Representatives is the highest-profile elected US official to visit Taiwan in a quarter of a century, on which China has expressed agitation. 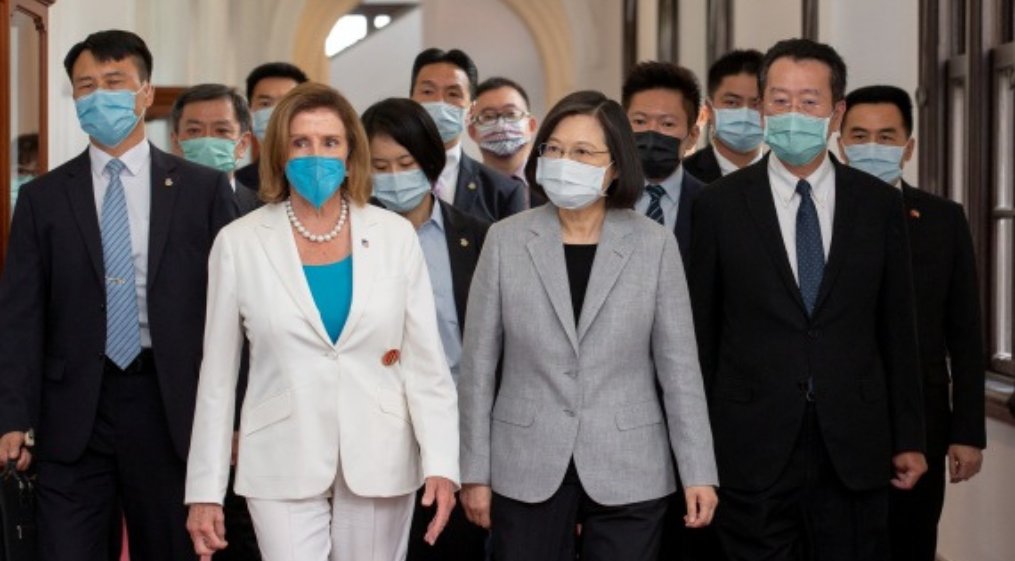 Taipei: US House Speaker Nancy Pelosi has reached Taiwan despite China's threat and US President Biden's instructions. On Tuesday evening, a US military jet carrying Nancy Pelosi landed in the capital Taipei. Since then, China has been furious and has taken many aggressive decisions in a hurry. As per the sources, the US House Speaker has assured Taiwan’s President Tsai Ing-wen of the continued support during a visit to Taipei, which has left China infuriated.

Pelosi, who is the speaker of the US House of Representatives is the highest-profile elected US official to visit Taiwan in a quarter of a century. She took to Twitter and wrote, "Our visit reiterates that America stands with Taiwan: a robust, vibrant democracy and our important partner in the Indo-Pacific." She also said, "By traveling to Taiwan, we honor our commitment to democracy: reaffirming that the freedoms of Taiwan — and all democracies — must be respected."

With this, however, China is furious and has taken many aggressive decisions. The PLA has declared 6 'No Entry Zones' around Taiwan. No passenger plane or ship can reach Taiwan from these 6 routes. China has deployed its J-20 fighter jets and warships around Taiwan. Dr. So Keit Tok, who teaches at the Asia Institute of Melbourne University, Australia, says that China can prevent Pelosi's plane from leaving Taiwan. China may impose an air blockade to stop the plane carrying Pelosi and other lawmakers.

China has announced military drills in the waters and airspace of Taiwan in the North, South-West, and South-East. When Pelosi arrived in Taiwan, China also tested missiles at sea east of Taiwan. Chinese news agency Xinhua has said that this exercise will be done for this whole week with real arms and ammunition.

China has banned the supply of natural sand to Taiwan which can cause unprecedented damage to Taiwan's Economy. Since the Corona epidemic, construction and infrastructure development have become a source of income for Taiwan and with this decision, Taiwan will suffer economic loss by stopping the export of sand. Chinese Vice Foreign Minister Xie Feng has summoned US Ambassador Nicholas Burns. Fang said Pelosi's visit to Taiwan would have serious consequences.