The Bangladeshi Foreign minister acknowledged that the Chinese envoy could express their position however they want but asserted that “We're an independent and sovereign state. We decide our foreign policy”. 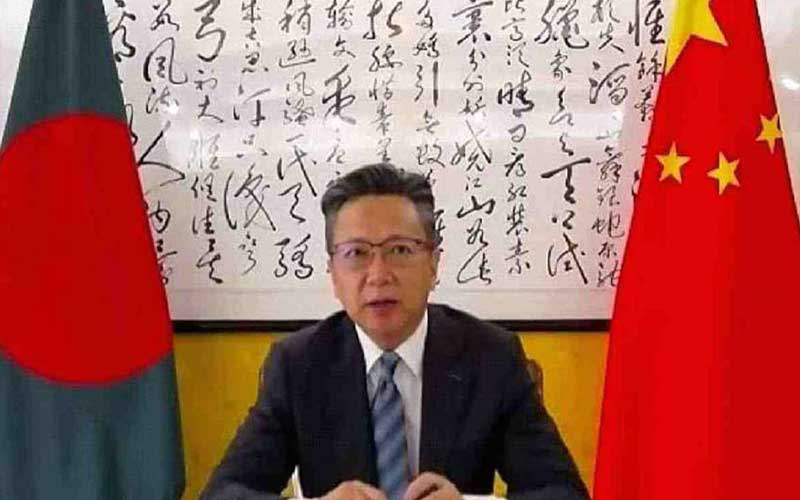 China has cautioned Bangladesh against entering itself in the Quad alliance which is founded by USA and is seen as a largely 'anti-China group'. China claimed that Dhaka's potential inclusion in the anti-China group would do "substantial damage" to bilateral ties between the two neighbouring nations.

The Chinese ambassador to Bangladesh, Li Jiming, was cited by local media as saying that if Bangladesh engaged with the four-country alliance, bilateral relations would be "substantially damaged.

Li was extremely blunt in expressing China’s stand, he said, “We do not want any form of participation of Bangladesh in this alliance,” emphasising Beijing's view of the Quad as an anti-China coalition.

The statement comes on the heels of Chinese Defense Minister Gen. Wei Fenghe meeting with Bangladesh President Abdul Hamid weeks before, wherein he told the Bangladeshi President that Beijing and Dhaka should work together to counter external powers attempting to create a “military alliance” in South Asia and exercising “hegemonism.”

In response to the Chinese envoy's controversial remarks, Bangladesh Foreign Minister Dr. AK Abdul Momen said that Dhaka retains a "non-aligned and balanced foreign policy" and will make decisions based on those values.

The Bangladeshi Foreign minister acknowledged that the Chinese envoy could express their position however they want but asserted that “We're an independent and sovereign state. We decide our foreign policy”. Dr. Momen also informed reporters that Bangladesh was not asked to join the Quad by any member-nation.

China has fiercely disputed the establishment of the Quad, with a Chinese foreign ministry spokesman insisting in March that collaboration amongst nations can help broaden mutual understanding and confidence, rather than targeting or damaging third-party interests.

There is currently no attempts to extend the Quad to include South Asian nations. N o mention of Bangladesh becoming a member of the Indo-Pacific Quad initiative has been made. The United Kingdom and a few other European countries have expressed intention of joining the group. But there are currently no plans to expand the four-member squad, which collaborates with ASEAN.