China Covid Policy: China once again exposed, the truth of the death of journalists from Covid

Local media reported that the COVID policy was lifted from many parts of China on 7 December. Meanwhile, the news of the death of two former Chinese journalists has come to the fore. 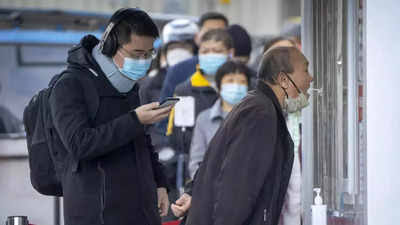 China has been continuously hiding the truth regarding Covid-19 from the world. People are dying due to the corona virus spreading in China, but China is not ready to accept it. A few days ago, people took to the streets against the Kovid policy in China and were demanding the removal of President Xi Chinfing from the post. Local media reported that the COVID policy was lifted from many parts of China on 7 December. Meanwhile, the news of the death of two former Chinese journalists has come to the fore.

According to information, two former Chinese state media journalists died in the capital Beijing in recent days due to Kovid-19. Let us inform that after the removal of epidemic control policies from many parts on December 7, these death cases have come to the fore. The two former journalists who died of Covid are Yang Lianghua, 74, a former reporter of the People's Daily, and Zhou Xichun, 77, a former editor of the China Youth Daily. According to the information received, Yang Lianghua died on December 15 and Zhou Xichun died on December 8.

China has always been hiding the damage caused by Covid. Recently, due to the Covid policy implemented in China, people took to the streets and did a lot of demonstrations. People were raising slogans against the President. Subsequently, the Chinese government eased or lifted COVID policy restrictions in many parts, which was confirmed by local media.