China concerned about the safety of its citizens in Pakistan, Chinese Foreign Minister talks to Bilawal Bhutto

Qin recently took over as China's foreign minister, replacing Wang Yi. According to the statement of the Chinese Foreign Ministry, he spoke to Bhutto on 9 January. 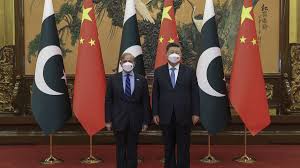 China is concerned about the safety of its citizens working in Pakistan. China's new foreign minister, Qin Gang, expressed such concern over phone to his counterpart Bilawal Bhutto Zardari in Pakistan. He demanded from Bhutto that concrete arrangements should be made for his security. Qin recently took over as China's foreign minister, replacing Wang Yi. According to the statement of the Chinese Foreign Ministry, he spoke to Bhutto on 9 January.

In addition to discussing the good relations between the two countries and the possibility of their further improvement in the future, Quinn stressed that the Chinese New Year is just around the corner. In view of this, he is very concerned about the safety of Chinese citizens working in Pakistan. He hoped that Pakistan would continue to make strict arrangements for his security.

Bilawal assured Quinn that Pakistan would leave no stone unturned to protect Chinese citizens, institutions and ongoing projects in his country. In recent years, China has become increasingly concerned about the safety of hundreds of Chinese nationals working on the US$60 billion China-Pakistan Economic Corridor (CPEC) project. CPEC will connect Gwadar Port in Balochistan, Pakistan, with Xinjiang province of China. India has opposed CPEC as it passes through Pakistan occupied Pakistan. China fears that its citizens may be attacked during the Chinese New Year and Spring Festival starting on January 21. Pakistan has sent troops to protect the Chinese workers.