Taiwan, separated from mainland China after the Chinese civil war and has been since self-governing for many decades, is considered an inseparable part of China's sovereign territory by the Chinese government. 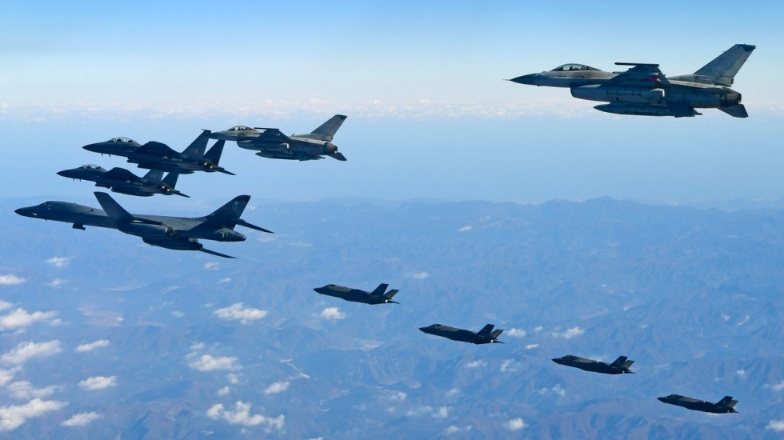 China flew 25 of its warplanes into Taiwan's air defence identification zone on Monday, according to Taiwan's defence ministry, in what seems to be the country's biggest violation yet.

Taiwan's ministry of national defence said in a statement that Beijing dispatched 14 J-16 and four J-10 fighters, along with four H-6K bombers and two Y-8 anti-sub warfare planes, as well as a KJ-500 early warning aircraft into the southwest area of Taiwan's air defence identification zone on Monday.

According to Taiwanese officials, Taiwan gave radio alerts, redirected fighter jets and patrol aircrafts along with making use of anti-aircraft missile defence systems to track the planes.

Claimed by the Chinese, Taiwan has spoken about repeated operations by China's air force near the island in recent months, these missions by Chinese air force have been focused on the southwestern portion of China's air defence region near the Taiwan-controlled Pratas Islands.

The Chinese aircraft carrier Liaoning sailed past Taiwan's east coast earlier this month in what the Chinese Navy said would become routine exercises to what Reuters reported as Chinese efforts to "safeguard national sovereignty, safety, and development interests,".

Taiwan, which separated from mainland China after the Chinese civil war and has been since self-governing for many decades, is considered an inseparable part of China's sovereign territory by the Chinese government. President Xi Jinping of China has stated that the island will be brought under mainland command, if required by coercion.

On Sunday, Antony Blinken, the US Secretary of State expressed alarm about China's provocative behaviour toward Taiwan, warning that anybody attempting to shift the status quo in the western Pacific region by coercion would be making a "serious mistake."

At the Chinese Foreign Ministry's press conference on Tuesday, Zhao Lijian, the ministry's spokesperson referred to Blinken's remarks, advising the US to "refrain from playing with fire on the Taiwan issue."