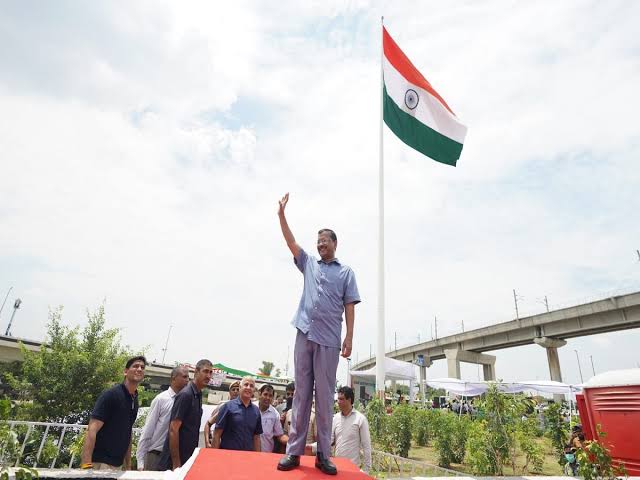 Republic Day celebrations were organized on behalf of the Delhi government at Chhatrasal Stadium on Wednesday. Republic Day is celebrated all over the country on 26 January, but in Delhi this event takes place only on 25 January. Today, on this occasion, Chief Minister Arvind Kejriwal hoisted the flag at Chhatrasal Stadium, after that went out to inspect the parade. Riding in an open jeep of Delhi Police, the Chief Minister inspected the parade of several schools including Delhi Police, Fire Service, Women's Battalion.

During his address, the Chief Minister said that today we are celebrating 74th Republic Day on one hand and Amrit Mahotsav of 75 years of independence on the other. There are many names including the country's freedom fighter Bhagat Singh, Subhash Chandra Bose Rajguru. Freedom fighters had given freedom to the country by risking their lives. He left no stone unturned to get freedom. He has left a huge responsibility on us. The freedom fighters have entrusted the responsibility of maintaining and strengthening the democracy-republic on the post-independence generations.