The basic features of the Constitution will be the subject of the booklet, from class 1 to class 8. The booklets are currently being printed, and distribution will take place before their inclusion in the school curriculum, according to officials. 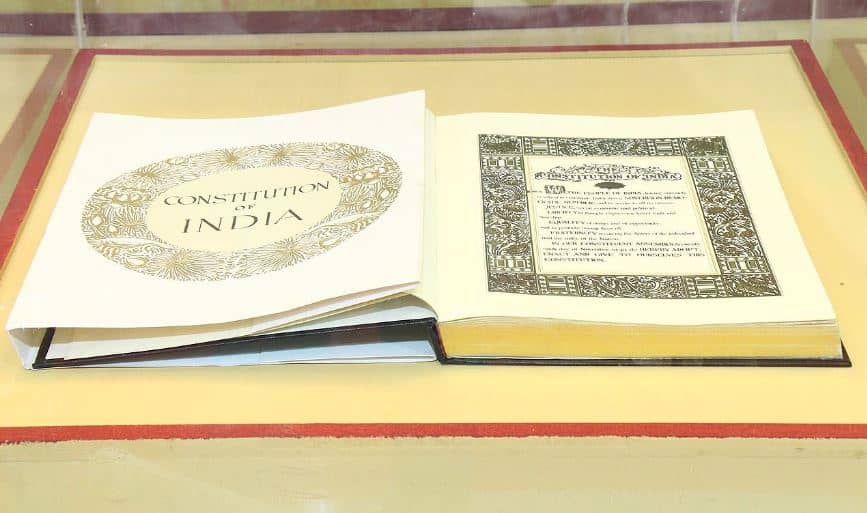 The Chhattisgarh government aims to distribute about 5.7 million Constitution booklets free of charge to students in classes 1 to 12 in the coming academic year to raise awareness about constitutionalism, as per the officials familiar with this matter. The basic features of the Constitution will be the subject of the booklet, from class 1 to class 8.

The booklets are currently being printed, and distribution will take place before their inclusion in the school curriculum, according to officials. The Chhattisgarh government announced its plans to provide these booklets to students at a special assembly session to commemorate Constitution Day in 2019.

Shailesh Nitin Trivedi, chairman of the Chhattisgarh Textbook Corporation, claimed that the booklet cost ₹8.40 crore on the booklet and they will be spending their profits on it. “Today's students are tomorrow's leaders, and they need to understand constitutional values,” he said. "A thorough understanding of the Constitution will ensure that they understand how democracy works and will improve their faith in it.”

A political commentator, Parivesh Mishra, said the Constitution came into force in 1950, though no organised effort has been made to educate the masses about it. He said “As the BJP came into power in many states, it tried to bring many modifications to school syllabus and textbooks. Explanation of what the Congress regards as the core provisions like secularism has become their prime targets.”

For the first time in Congress’s history, he said, it has launched a department focussed on the 10-17-year age group. “The idea is to inculcate respect among them for the Constitution and the values that would make them responsible and informed citizens. In a few states, including Chhattisgarh, a pilot project under the banner Jawahar Bal Manch is running. The latest move of the Chhattisgarh government to make the study of the Constitution in schools mandatory seems an extension of the same idea and is laudable.”