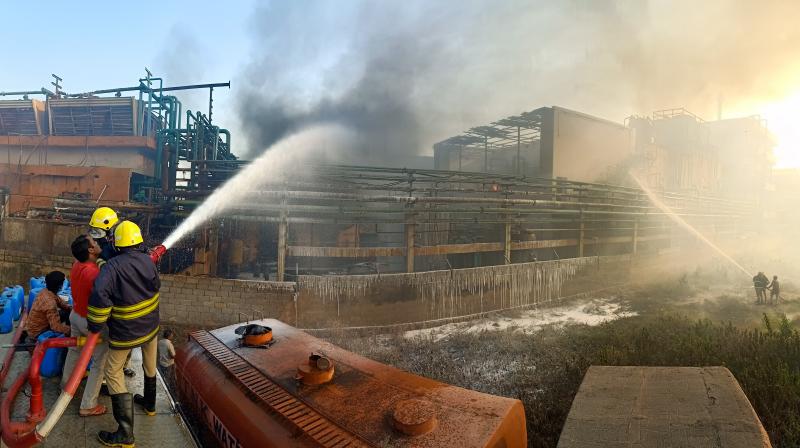 Seven workers were injured in an explosion at a chemical factory in Telangana's Nalgonda district on Wednesday. The incident took place at Hindis Lab located in Veliminedu village of Chityala block. The explosion caused a massive fire in the plant. Thick smoke spread throughout the area.

One person was killed in a fire in a factory located near the Municipal Corporation of Delhi (MCD) office in the Patparganj Industrial area of ​​East Delhi on Wednesday. Officials said the cause of the fire is yet to be ascertained, though the fire has been brought under control.

Atul Garg, director of Delhi Fire Service, said one person was taken to Lal Bahadur Shastri Hospital after being rescued, where he was declared brought dead. He said the identity of the deceased could not be ascertained yet. "The fire in the factory was reported at 12.57 pm and a total of nine fire tenders were rushed to the spot," Garg said.