Cheetahs will come to India in a special jet from Namibia, this national park of the country will be their new home

At the same time, veterinarians are concerned about the stress level of cheetahs over long distances. Assistant veterinarian Robin Keys explains that it is much better to have a smaller cage than a larger one, as it does not give them (the cheetahs) space to try to run outside. 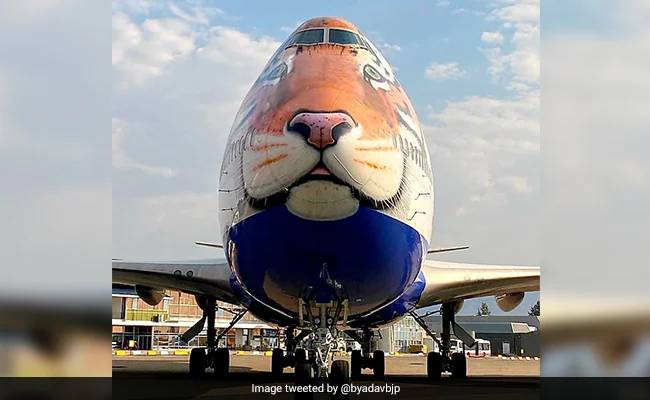 Five female and three male cheetahs will be brought to India from Namibia. Preparations are on to bring them to India through jumbo jets. This ultralong range aircraft can fly to India without stopping. Some changes have also been made in the main cabin of this aircraft to keep the cages of cheetahs safe. At the same time, a picture of a special aircraft bringing cheetahs to India has come to the fore, in which a beautiful painting based on the form of a cheetah has been done. The airline company has given this flight a special flag number 118.

At the same time, veterinarians are concerned about the stress level of cheetahs over long distances. Assistant veterinarian Robin Keys explains that it is much better to have a smaller cage than a larger one, as it does not give them (the cheetahs) space to try to run outside.

The plane will take off from Windhoek, the capital of Namibia. After traveling overnight, it will reach Jaipur on the morning of Saturday 17th September. They will then be brought to their new home in Kuno National Park in Madhya Pradesh by Air Force helicopters.

Special preparations have been made for the arrival of cheetahs. Five helipads have been built in the park in 18 km, on which helicopters will land. Prime Minister Narendra Modi, Madhya Pradesh Chief Minister Shivraj Singh Chouhan and Union Environment Minister Bhupendra Yadav will also be present. A 10-feet high platform has been built for the arrival of these leaders. On his birthday, the Prime Minister will open the cage gate at 12.05 pm and leave the cheetahs in their homes.

In the first month, cheetahs will be quarantined in a circle of 50 x 30 meters. The cheetahs will land at a distance of about 200 meters from the enclosure. When the isolation is over, they will be taken to a bigger enclosure. In a few days, more of his friends will come from Africa. Cheetah Metapopulation Initiative Manager Vincent van der Merwe says that Namibia is providing 8 cheetahs for breeding in India and South Africa will send 12.