Chattisgarh government rejected the offer of conditional talks of naxalites

Chief Minister Bhupesh Baghel said that the Naxalites should express their faith in the Constitution of India, then they can be talked to at any platform. 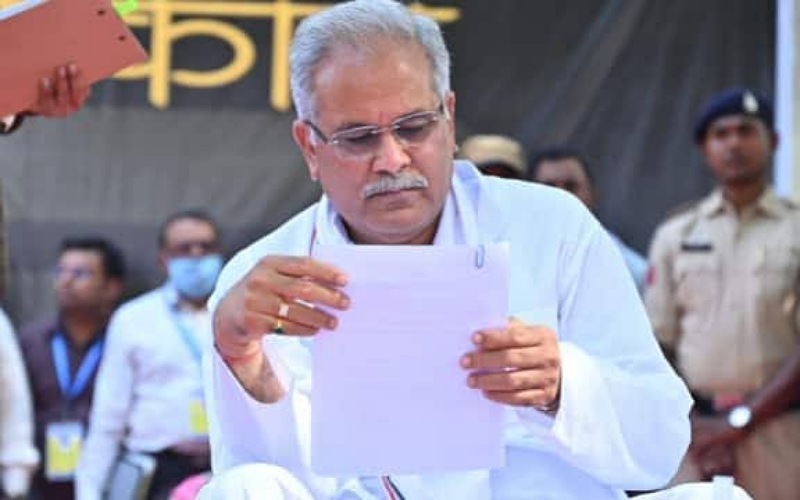 The Chhattisgarh government has rejected the offer of conditional talks by the Naxalites. Before talks with the government, he has made many demands including the release of the jailed comrades, the closure of the force operation in Bastar. In a press conference organized in Pratappur, Surguja, Chief Minister Bhupesh Baghel said that the Naxalites should express their faith in the Constitution of India, then they can be talked to at any platform.

The schemes of the state government have won the hearts of the tribals in the Naxal affected areas. Now people are demanding to build roads and open camps there. Now the Naxalites are confined to a small area due to the policy of the state government. At the same time, Home Minister Tamradhwaj Sahu, who returned from Delhi tour, has also reiterated Chief Minister Bhupesh Baghel's point. Sahu said that the Naxalites should have faith in the Constitution and come forward for talks without any condition.

Vikalp, spokesperson of the Dandakaranya Special Zonal Committee of Naxalites, issued a statement on Friday and laid down his conditions for the talks. The option said that we are ready for talks, just that the government should create a favorable environment. Chief Minister Baghel first lift the restrictions imposed on the Maoist Party, People's Liberation Guerrilla Army (PLGA) and other organizations. Naxal leaders in jails should be released for talks.