Changes in mask requirements for guests at Disney World

The resort in Orlando, Florida revealed that masks and face coverings for guests will be "optional in outdoor common areas" at Disney World starting from Saturday. However, guests must "wear face coverings from the entrances at all attractions, theatres, or transportation, and during those interactions." 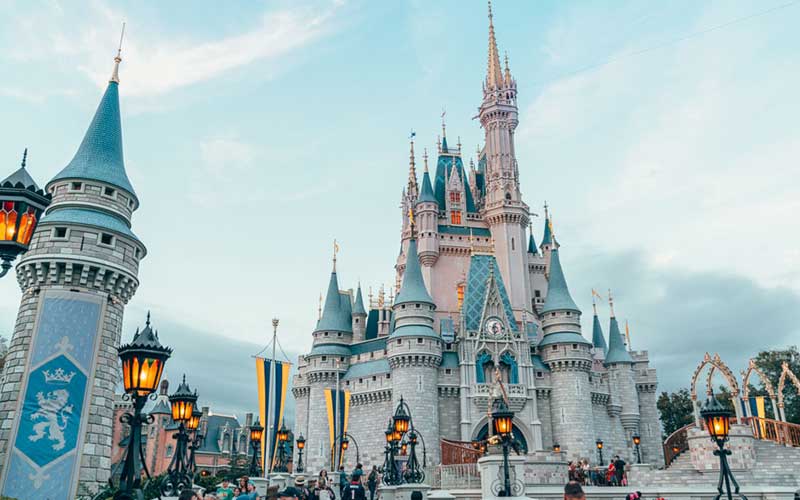 Following new CDC guidance, Walt Disney World has revised its mask guidelines for visitors, marking a major breakthrough for Disney parks and the theme park industry as a whole.

On Friday, the resort sited in Orlando, Florida revealed that masks and face coverings for guests will be "optional in outdoor common areas" at Disney World starting from Saturday. However, guests must "wear face coverings from the entrances at all attractions, theatres, or transportation, and during those interactions," as per the company.

The news broke after the US Centers for Disease Control and Prevention announced on Thursday that people who have been completely vaccinated against Covid-19 need not wear a mask or practise social distancing indoors or outside, except in exceptional cases.

The revised safety standards may have significant consequences for Disney's attendance figures and the theme park industry as a whole since Disney parks are an industry leader. And if Disney is successful, other amusement parks are likely to follow suit.

Universal Orlando Resort, a Disney rival in Orlando with Harry Potter and Jurassic Park attractions, also revealed Friday that it was upgrading its Covid security measures. Similar to Disney's latest update, it states that masks are not "mandatory" when outside, though "required in all indoor locations, including shops and restaurants," and are required at all attractions.

For decades, Disney's parks and resorts have been a vital part of the company's media empire. The coronavirus pandemic, on the other hand, struck the division extremely tough. Following a rough year marked by extended closures and major layoffs, the new mask regulations, as well as increased capacity, may have a significant effect on park attendance as the summer season approaches.

In fiscal 2019, the year before the pandemic, Disney's parks division reported more than $26 billion in revenue, accounting for 37% of the company's total revenue. Returning to those levels would certainly benefit not only the parks division, but Disney as a whole.

According to an AECOM survey, the Magic Kingdom at Walt Disney World is the world's most visited theme park, with more than 20 million visitors in 2018. The corporation has poured billions of dollars into its theme park division, with new Star Wars lands set to open in Florida and California in 2019. It also plans to open Avengers Campus, a land-based on the famous Marvel franchise, this summer at Disneyland.

Further, Disney did not specify whether or when its other parks' mask guidance and protection policies would be changed.