Mr. Bhushan further reasoned, “The mere fact that another country [Myanmar] wants them [Rohingya] back and you [India] want to give them is not enough. You cannot send anybody to a place where he can be killed or subjected to torture.” 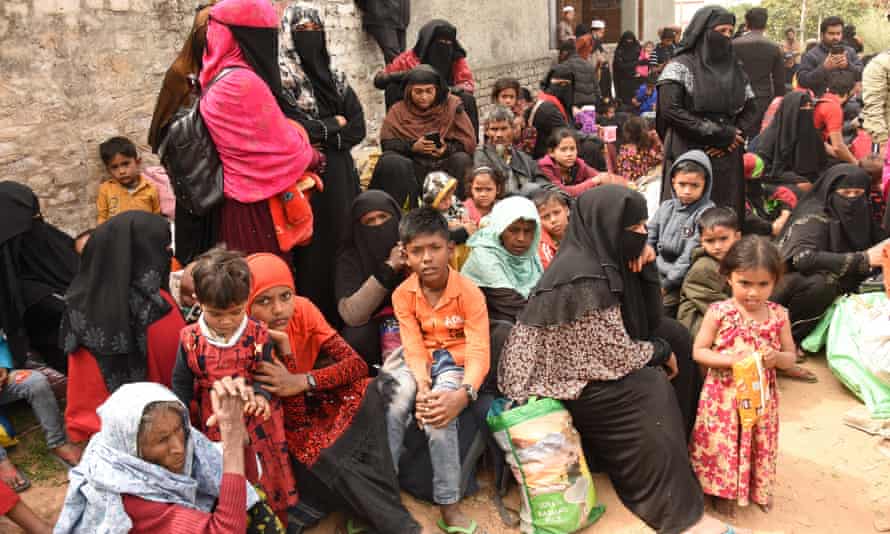 On Friday, the Centre told the Supreme Court that India cannot become the "world capital of illegal migrants" while challenging a petition seeking the release and safety of over 150 Rohingyas detained at a holding centre in Jammu. The apex court reserved its verdict on the new petition seeking direct release of detained Rohingya refugees in Jammu and a hold on the government's deportation orders to Myanmar.

Advocate Prashant Bhushan who was representing a Rohingya refugee, Mohammad Salimullah said that the petition is filed in public interest to protect the right against deportation of refugees in India.

Mr. Mehta who was appearing in the court on behalf of the Centre said, “They are illegal immigrants. We are in touch with Myanmar. Once Myanmar confirms their nationality, they are deported.”

This was followed by Mr. Bhushan questioning the bench, “But will the word of a military government that has seized power through a coup be enough for the Indian government? Is this country not obliged to maintain the guarantee of right to life?”

The Chief Justice was quick to retort that it was not in Supreme Court’s power to negate to recognise a foreign nation’s sovereignty.

Mr. Bhushan further reasoned, “The mere fact that another country [Myanmar] wants them [Rohingya] back and you [India] want to give them is not enough. You cannot send anybody to a place where he can be killed or subjected to torture.”

When asked to place evidence in front of the court about the alleged Rohingya abuse and genocide. When Mr. Bhushan tried to make the court hear the United Nations Special Rapporteur, the CJI refused to allow him to be heard due to presence of ‘serious objection’.

Senior advocate, Harish Salve said, “No municipal court should do anything that embarrasses the executive government. Municipal court applies only domestic laws. Treaties or conventions refused by the government cannot be implemented through the courts. The U.N. is not subject to the jurisdiction of the municipal court,” he added, “Besides, Mr. Bhushan has not impleaded Jammu and Kashmir in his application.”

Mr Mehta alsoinformed the bench, “The continuance of the illegal immigration of Rohingyas into India and their continued stay in India, apart from being absolutely illegal, is also found to be having serious national security ramifications and poses serious security threats.”