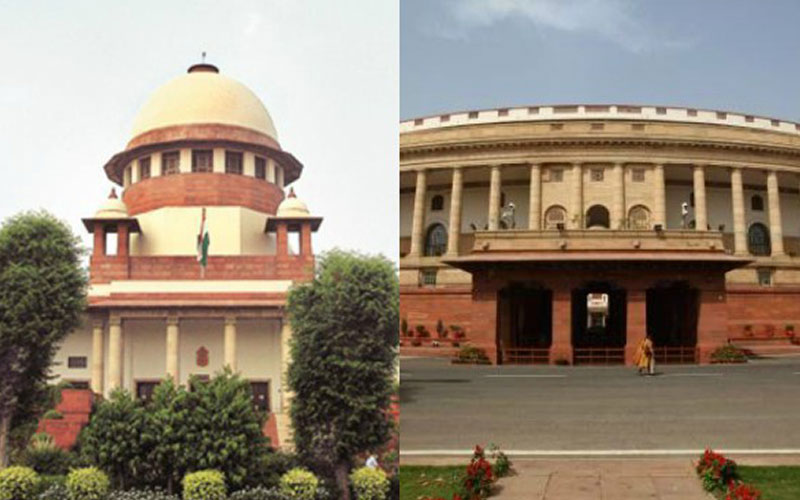 In an affidavit filed on Sunday with the Supreme Court, the centre upheld its Covid vaccine programme, which has been criticised for unequal pricing, lack of availability of doses, and sluggish rollout.

The Centre also asserted that there was "little room for judicial interference" in these matters during a pandemic.Overzealous, well-intentioned action could result in unexpected and unintended consequences it cautioned. The court was also asked to make decisions "based on expert advice... in the larger public interest."

The Supreme Court had called for "revisiting" the Centre's "revised" Covid-19 vaccine procurement "policy" on April 30th, when hearing a suo motu case involving Covid-19 management problems. It essentially stated that the current status of the policy would impede people’s ‘right to public health’.

This has been fiercely defended by the Centre who expressed the fact that they do not posses “free play in the joints in larger public interest”.

The Centre said that the vaccination drive for those aged 18 to 44 was accepted after states requested it, and that it persuaded vaccine makers to sell vaccinations to states at uniform cost.

The Supreme Court has said, forcing state governments to bargain with producers on the basis of encouraging competition and making it lucrative for new vaccine manufacturers would damage those aged 18 to 44 who will be vaccinated by state governments.

The centre maintained that states have declared, anyone in the 18-45 age range will be vaccinated for free.

After manufacturers Serum Institute and Bharat Biotech declared significantly varying prices for the centre, state governments, and private hospitals, a somewhat of a price war has erupted in the country causing major uproar among people and governments.