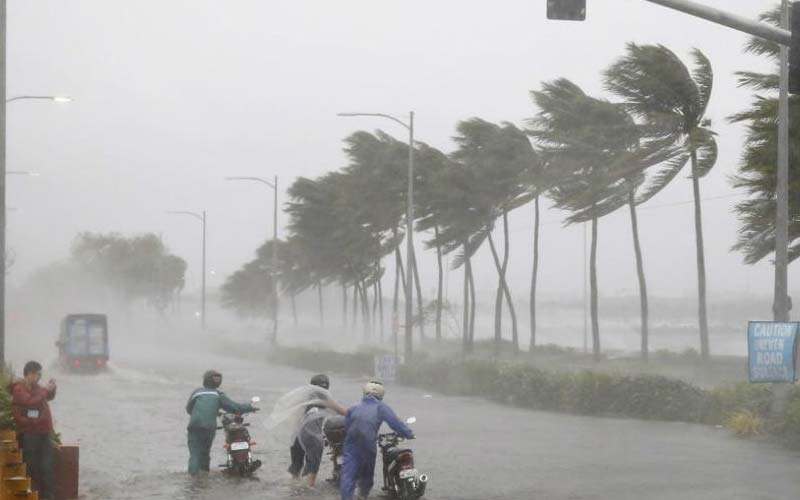 New Delhi : As per the reports of the Ministry of Home Affairs (MHA) the damages caused to the fishing boats in the wake of Cyclones Amphan, Taukate and Yaas are provided in order to support the affected people of the States, Central Government released Rs. 1000 crore to Government of West Bengal and Rs. 500 crore to Government of Odisha ‘on account basis’ from National Disaster Response Fund (NDRF) on 23rd May 2020. Based on the report of IMCT which visited the affected areas of the West Bengal and Odisha for on the spot assessment of damages and recommendations of Sub-Committee for National Executive Committee (SC- NEC), the High Level Committee (HLC) had approved an amount of Rs. 2,707.77 crore to West Bengal and Rs. 128.23 crore to Odisha (including for fisheries sector) from NDRF, subject to the adjustment of 50% of balance available in their SDRF account.

The primary responsibility of disaster management rests with the State Governments. The State Governments concerned, in the wake of a natural disaster, provide necessary relief to affected people including fishermen, from the State Disaster Response Fund (SDRF) already placed at their disposal. Further assistance is provided to the affected States by the Ministry of Home Affairs (MHA) from the National Disaster Response Fund (NDRF) as per laid down procedure for management of relief necessitated by notified natural disasters. In the case of cyclones Amphan, Taukate and Yaas, the Central Government constituted Inter-Ministerial Central Teams (IMCT), which had visited the affected areas of Gujarat, Maharashtra, Goa, Karnataka, Odisha, West Bengal and Daman & Diu and assessed the damages caused due to cyclones.

In pursuance of the announcement made by the Hon’ble Prime Minister, Central Government released additional financial assistance of Rs. 1,000 crore to Gujarat, Rs. 500 crore to Odisha, Rs. 300 crore to West Bengal and Rs. 200 crore to Jharkhand, in advance, from NDRF for management of relief (including for fisheries sector) necessitated by cyclonic storms Taukate and Yaas in 2021. Besides, Central Government released the first installment of Central share of SDRF for 2021-22 amounting to Rs. 8873.60 crore on 29th April 2021 in advance to all States, including the cyclone affected States.

The Department of Fisheries, Ministry of Fisheries, Animal Husbandry and Dairying (DoF, MoFAHD), Government of India implements the Centrally Sponsored and Central Sector Schemes for overall development of fisheries sector. The fishermen are provided assistance for various components and activities including boat replacement and nets etc., under the Pradhan Mantri Matsya Sampada Yojna (PMMSY) scheme implemented by DoF, MoFAHD through the State Governments concerned. This information is given by The Minister of State Ministry of Fisheries, Animal Husbandry and Dairying Dr. L. Murugan, in written reply in Rajay Sabha today.