Stakeholders from across the world came together at an online event to commemorate International Whale Shark Day that falls on 30 August. 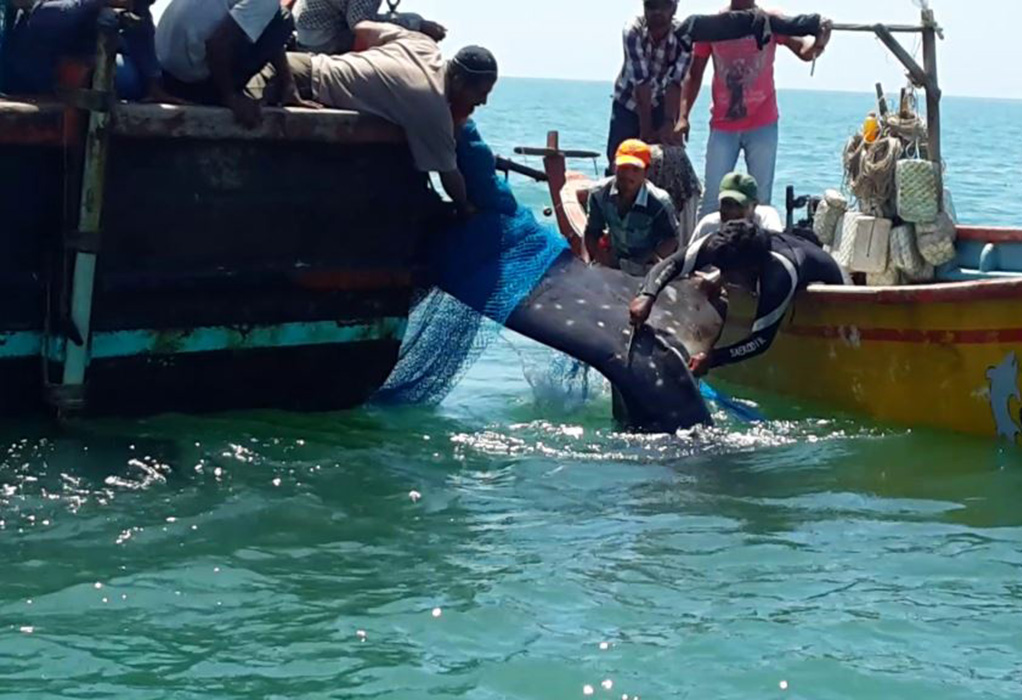 Sixteen years after pioneering a deep dive into whale shark conservation, Wildlife Trust of India and their partner Tata Chemicals Limited have much to celebrate with the Gujarat Forest Department and the fishing community along the coast of this maritime state.

Stakeholders from across the world came together at an online event to commemorate International Whale Shark Day that falls on 30 August.

Whale shark, the world’s largest fish is endangered and the first species of fish to enjoy protection at par to that of the tigers, lions and elephants in India. Large scale hunting of the whale shark in Gujarat had prompted Wildlife Trust of India to launch a campaign with Tata Chemicals Limited in 2004.

Covering prominent coastal towns and villages in the state, the campaign message delivered through popular religious leader Shri Morari Bapu, a street play and a life-sized inflatable model of the fish managed to hit the bull’s eye and turn hunters into protectors.

Since then, more than 780 whale sharks have been voluntarily released by fishermen between 2004 and June 2020 as a direct result of the project’s activities. The Gujarat government also stepped up and initiated compensating fisherfolks for the nets damaged in rescuing whale sharks. Subsequent satellite tagging of whale sharks threw light on the long distances they cover across oceans.

"Recent records of neonates and pre-juveniles from Gujarat waters by the project team means that whale sharks are breeding along the Gujarat coast which is a really good sign" emphasized Vivek Menon, Founder and CEO, WTI in his welcome address.

This pioneering marine project has won accolades across the world, attracting the association of an international scientific community on the advisory council of this project. The online webinar focused on Opportunities and Challenges in Whale Shark Conservation saw the participation of eminent names in shark conservation, such as Dr. Mark Meekan from Australia, Dr. Rachel Graham from Belize and Dr. Simon Pierce from Mozambique.

“This is a world leading example of what can be done if a group works in grassroots towards conservation” mentioned Mark Meekan in his address to the panel, speaking of the whale shark project.

“Ship strikes, fisheries bycatch and targeted hunting are some of the significant threats to the whale shark” he added.

Simon Pierce emphasizing the threats by plastics to this species, both by ingestion and by entanglement in fishing nets said “They can’t swim backwards, once they swim into these nets” he emphasized.

While addressing audience queries on its distribution, the international experts agreed that changing environmental conditions can affect its distribution, “Consider it as a goldilocks species, it favours not too cold, nor too warm waters, hence as mentioned by Rachel, populations in Red Sea or the Persian Gulf which is shallow can’t dive deeper for colder temperatures and such populations will have to disperse to colder waters”, said Mark Meekan.

“Whale shark conservation project in Andhra Pradesh shall emulate the model that has already been carried out by WTI and EGREE foundation, hopefully with support from a corporate house” he added.

As a run up to the International whale shark Day celebrations, the project team conducted various activities including beach cleaning drives, online painting and quiz competitions for school students and the winners of these competition were also announced in this event.

“For conservation action to give results, whether for species or habitats, we believe that sustained long-term support is essential. TCL has been supporting the whale shark conservation for more than 15 years now” summarized Ms. Alka Talwar, Chief CSR and Sustainability officer of Tata Chemicals Ltd.