CBSE Board Exam 2021: Education Minister announces the dates in a live session

The Union Education Minister Ramesh Pokhriyal Nishank has announced the examination date for class 10 and class 12 for the Central Board of Secondary Examination (CBSE). 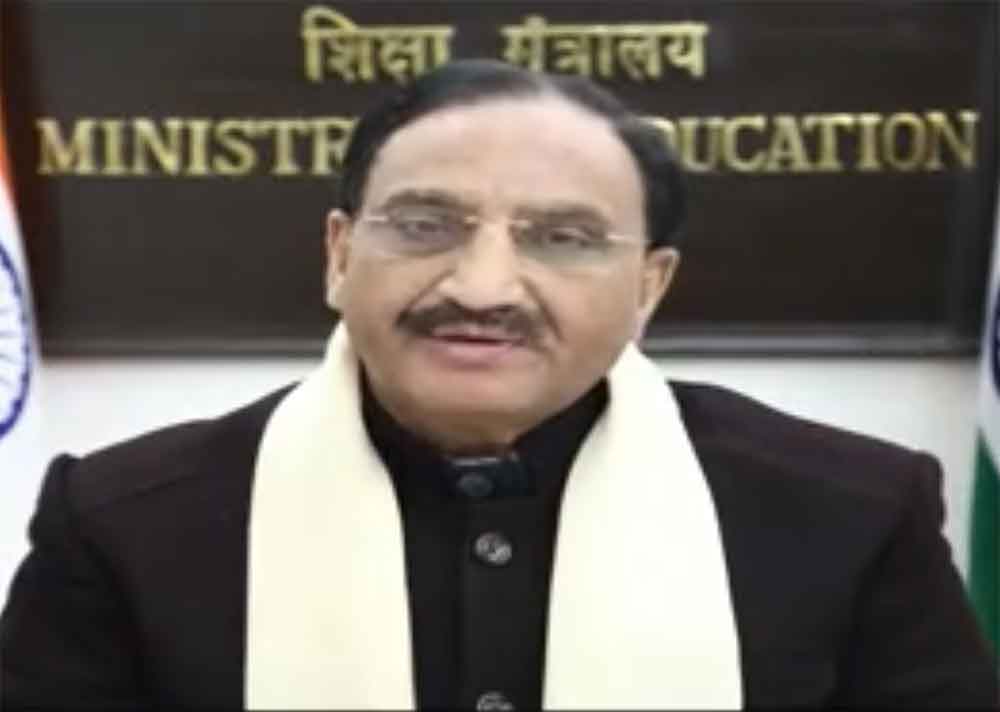 The Union Education Minister Ramesh Pokhriyal Nishank has announced the examination date for class 10 and class 12 for the Central Board of Secondary Examination (CBSE).

The Education Minister held a live session with the students and said that the board examinations will begin on May 4 to conclude on June 10.

The Minister had said on his Twitter handle earlier that he would make this important announcement on December 31.

The result of these examinations will be declared by July 15.

The Union Education Ministry was under constant pressure from various state governments to hold the exams later than the usual month of February or March.

Nishank had earlier announced that these exams will be held in February.

However, the state governments were of the view that if the examinations would be held late, by the time the pandemic would slow down and the students would get an opportunity to attend offline classes and make some preparations.

Lockdown and closure of all educational institutions from the beginning of the academic session to date have deprived the students of offline and classroom activities.

All the schools have been taking online classes since then and many teachers are of the view the certain subjects and training require classroom exposure too.

The Education Minister didn’t announce the date sheet of the examination and asked students to check the official website of CBSE, ie, cbse.nic.in for those details after his live session.

The Minister has also announced that the CBSE has reduced the curriculum by 30 percent for both classes – 10th and 12th.