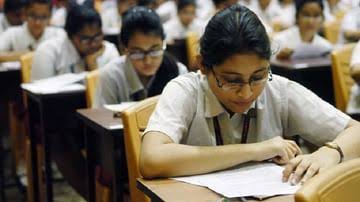 Even though the timetable for class 10 (ICSE) and class 12 (ISC) board exams has been released by the central board CISCE, the second and bigger Central Board of Secondary Education (CBSE) is yet to announce the annual results for secondary and senior secondary classes. The datesheet for the examinations has not been released yet. For the last few days, various media reports are giving updates related to the release of CBSE Datesheet 2023 soon and in some cases it will be released today, December 27, 2022 itself. Although, no update has been given officially from CBSE in these reports, but due to various reasons, the speculations of these reports regarding the release of CBSE 10th Datesheet 2023 and CBSE 12th Datesheet 2023 may be correct.

The Central Board of Secondary Education releases the time-table for the annual examinations of Secondary and Senior Secondary usually 45 to 60 days before the date of commencement of the examination. On the other hand, the board officials had earlier informed that CBSE can conduct the 10th, 12th exams from February 15. In such a situation, when about 50 days are left for the CBSE board exams to start, it is possible that the timetable can be released by the board any time now.

On the other hand, according to various exam experts preparing for engineering and medical entrance exams JEE Main and NEET, the CBSE 12th Datesheet 2023 will be released by a month keeping in mind the JEE Main January 2023 session to be conducted by the Central Board of Secondary Education (NTA). In such a situation, students should keep visiting the official website of CBSE Board, cbse.gov.in from time to time, because the datesheet for both the classes will be issued by the board in PDF format on this portal.