The Manchester Test was called off with BCCI and the England and Wales Cricket Board released separate statements with their interpretation for the decision. 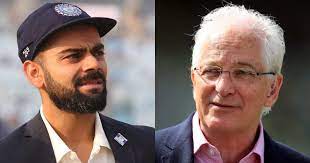 Former England captain David Gower states that Captain of India Virat Kohli e-mailed the BCCI regarding his reservations towards taking the field for the fifth and final test in Manchester at midnight after another member of their support staff tested positive for the coronavirus. Before the toss, the Manchester Test was called off with BCCI and the England and Wales Cricket Board released separate statements with their own clarification for the decision.

ECB declared India was not able to field a team. BCCI said there is a covid outbreak in their camp. The entire sequence of the event played out in quick time with the destiny of the five-match series, which India leads 2-1, still anybody’s guess at the moment. After the cancellation last Friday, India cricketers began flying out of UK to UAE where they linked up with their respective franchises for the resumption of the second leg of IPL 2021.