Captain of a tugboat that went down in Cyclone Tauktae was discovered dead in Valsad, along with six other bodies

According to a Navy spokesperson, the barge P305 sank during the fury of Cyclone Tauktae last Monday and was discovered on the seabed on Saturday. 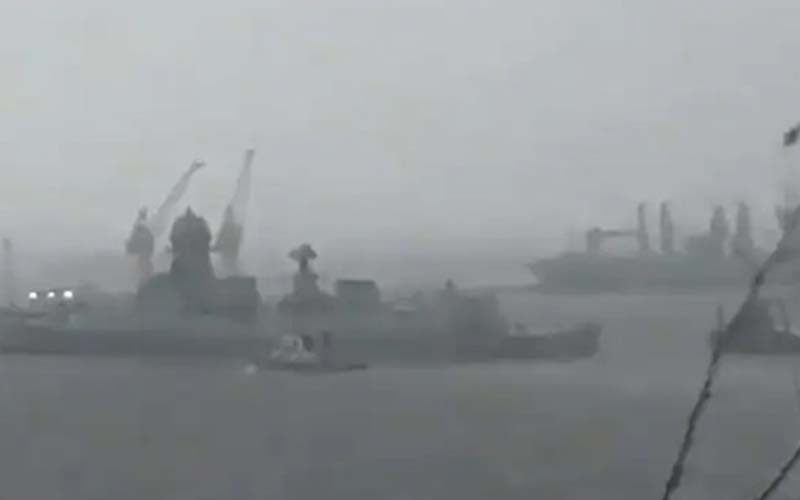 In Gujarat's Valsad the body of the tugboat captain, Nagendra Kumar, was discovered on Sunday. According to a police official, they are the victims of the barge P-305, which sank off the coast of Mumbai during Cyclone Tauktae. 11 people from the tugboat Varaprada went missing as a result of the storm.

As per sources, Valsad police is in contact with Mumbai police. On Sunday, 3 bodies were identified, whereas 4 were discovered on Saturday. In addition, eight unidentified bodies were discovered at three separate locations along the coast in Maharashtra's Raigad district. "These bodies are yet to be found," said an official.

The Navy spokesperson earlier reported on last Monday barge P305 sank during Cyclone Tauktae's fury and was spotted on the seabed on Saturday.

On Saturday, the death toll on the barge increased to 66, while 9 are still missing, as per the Navy. So far, 186 of the 261 personnel on barge P305 at the time of the incident have been rescued, it had said.

Barge P305, which sheltered personnel involved in maintenance work on an offshore oil drilling platform of state-run oil and gas major ONGC, sank off the Mumbai coast on Monday evening after becoming adrift due to high-speed winds and massive tidal waves caused by the extremely strong cyclone that brushed the Mumbai coast on its way to Gujarat.

Aside from the 9 missing personnel from the barge P305, the Navy and Coast Guard are still looking for 11 people who went missing after the cyclone on the tugboat Varaprada. Two of the thirteen citizens on Varaprada have been rescued.

On Saturday, four bodies were discovered on the Arabian Sea's shore in Gujarat's Valsad district. "Based on the uniforms and life jackets on the four victims, it appears they are all survivors of the barge that sank off the coast of Mumbai," Rajdeepsinh Jhala, Superintendent of Police, Valsad, told media. The Navy had sent in specialised dive teams to help with search and rescue efforts.