Captain Amarinder Singh in Delhi to meet up with the Khargecommittee

As per sources, the papers also contain reports on Navjot Singh Sidhu, which details the alleged actions of a number of his and his wife Dr. Navjot Kaur Sidhu's associates. 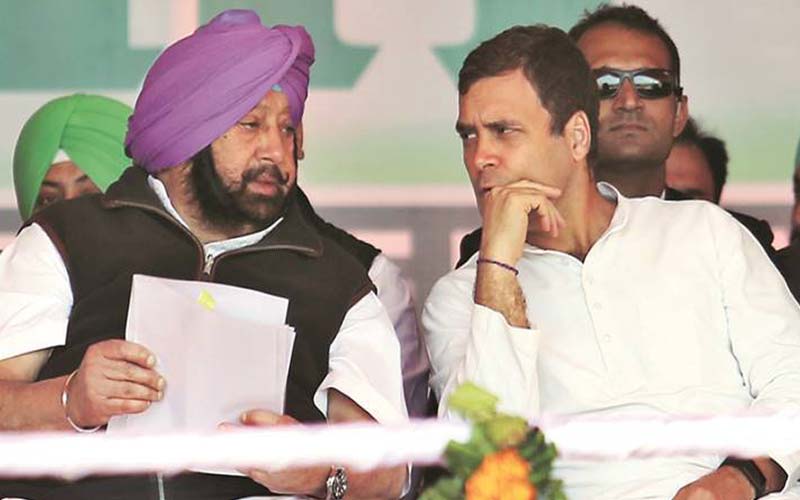 After recent heated infighting, AICC president Sonia Gandhi formed a committee to look into the concerns of Congress leaders from Punjab.

The Punjab CM is said to come up with files on many of the party members along with the accomplishments of Singh’s government.

As per sources, the papers also contain reports on Navjot Singh Sidhu, which details the alleged actions of a number of his and his wife Dr. Navjot Kaur Sidhu's associates.

According to the documentation, allegedly one of their aides was important in clearing Change in Land Use (CLU) paperwork of illegal and unauthorised colonies and extending the jurisdiction of the Nayagaon municipal committee to include 500 acres of Nadda and Karoran village.

It also includes land dealings in Derabassi, Zirakpur, and Amritsar, as well as some municipal booths being rented out to known people at a loss to the state exchequer. According to the report, numerous of Sidhu's aides started their own businesses to land projects.

Amarinder Singh will meet the committee in the end after other leaders. MLAs, MPs, the chief of the PPCC, leaders of frontal organisations, and in-charges of segments where the Congress does not have a sitting member have already expressed their dissatisfaction.

After the committee presents its findings, AICC chief Rahul Gandhi is likely to summon both Amarinder and his colleague Navjot Sidhu to Delhi. A few figures from Sukhjinder Randhawa's and Charanjeet Singh Channi's feuding camps may also be summoned to Delhi.