Cancel Board Exam: in the Last 24 hours, more than 1 Lakh Students' petition

So far, more than 1.5 lakh students have been mobilised via online petitions; “it is currently raining exam-related petitions on Change.org,” Country Director Nida Hasan stated. 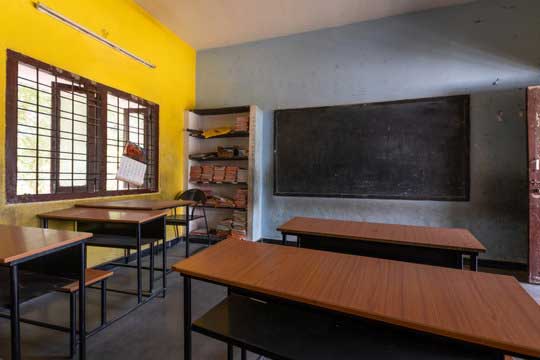 Students are asking the central government to postpone or cancel the upcoming Class 10 and 12 board exams. Their urgent appeal resulted in more than 550 signatures on Change.org in one day and more than 900 petitions in one month, The Print reported.

The students' point is precise: offline exams pose a health risk in the shadow of a 'dangerous' second Covid19 wave.

On a more fundamental level, preparing for a board exam during an ongoing pandemic that refuses to abate, is an unrealistic requirement that contributes to the tension and uncertainty of living amid a global health crisis. So far, more than 1.5 lakh students have been mobilised via online petitions; “it is currently raining exam-related petitions on Change.org,” Country Director Nida Hasan told The Print.

Both the Central Board of Secondary Education (CBSE) and the Council for the Indian School Certificate Exams (CISCE) exams are set to begin on May 4, and neither board has indicated a willingness to accommodate students' requests.

"Many students and their parents are afraid of the risk of taking off-line exams in examination centres in the midst of the second wave of the pandemic," said Hasan.

A parallel movement is trending on Twitter, with students airing their complaints using variations of the hashtag “cancelboardexams2021′′. Furthermore, a group of disabled students studying in the National Institute of Open Schooling (NIOS), one of the world's largest open schooling programmes, has made a similar request.

“The trauma of placing students like my son, who has cerebral palsy and uses a wheelchair, and his peers with different degrees of learning and intellectual disabilities like autism, ADHD (attention deficit hyperactivity disorder),” a mother writes in a letter to the government reported in The Print.

Last year, board exams were moved from March to May, then cancelled due to the initial increasing Covid19 case count. Students were ultimately promoted based on their previous achievements. For this year, the central government and various state counterparts considered decreasing the annual syllabus and postponing this year's exams until mid-2021, in the anticipation that the pandemic will have subsided by then.

Expectations have clearly been dashed by fact. However, the national education boards have so far failed to budge this year. They maintain that there are enough Covid19 health recommendations in place and that the number of review centres has been increased (nearly doubled, according to a report) to ensure social distancing and overall protection.