Can India afford divisive agenda while fighting the worst pandemic?

Can India afford divisive agenda while fighting the worst pandemic? based on views from some legal luminaries. 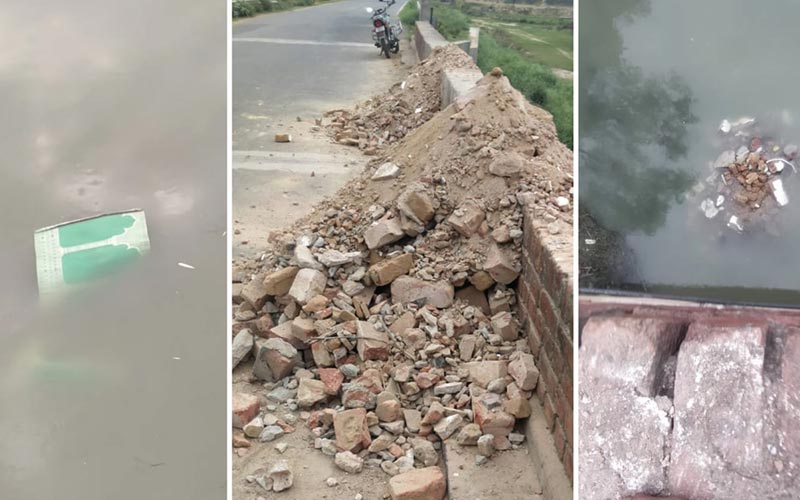 Today the focus, agenda and strategy of the entire world is streamlined towards containing the impact and spread of Covid 19. Inclusive approach is said to be the hallmark and most lethal weapon against the pandemic. But sadly, divisive agenda and partisan approach in India has hampered the spirit which is considered to be essential towards fighting the pandemic. The big question: Can India afford divisive agenda while fighting the worst pandemic?

Unfortunately, at a time when the world has watched more than 2000 dead bodies floating on the banks of river Ganga, the government machinery instead of channelizing all efforts against the pandemic are pushing hate agenda by targeting mosque in the state. On 17 May, a 100 year old Garib Nawaz mosque in Ram Sanehi Ghat tehsil in Barabanki district of Uttar Pradesh was demolished in violation of the Allahabad High Court’s order on 24 April which had stayed all demolitions in the state till May 31 due to Covid 19.

Faizan Mustafa, Vice Chancellor of NALSAR Law University, Hyderabad, in his Legal Awareness Web Series has simplified the meaning of the High Court Order, due process of law and the motive behind the demolition which he believes more political than legal. He has categorically said that any illegal religious structure should be demolished but due process of law should be followed at any cost. The documents available in public domain of electricity connection and registration give enough impression that the mosque is not illegal structure. Even if it was illegal structure due process of law should have been followed.

According to him, para 4 of the order is important which says, “That any orders of eviction, dispossession or demolition, already passed by the High Court, District Court or Civil Court, if not executed till the date of passing of this order shall remain in abeyance for the period till 31st May, 2021. In para 6, “It is further directed that any Bank or Financial Institution shall not take any action for auction in respect of any property or an institute or person or party or anybody corporate till 31st May 2021. In para 5 it is clearly said that the State Government, Municipal Authorities, other Local Bodies and agencies and instrumentalities of the State Government shall be slow in taking action of demolition and eviction of persons till 31st May, 2021. (SDM will also fall in this category). The question arises why they acted in such a haste to demolish the mosque and why the due process of law was not followed.

Faizan Mustafa argued, “The question arises: why the Barabanki masjid was demolished in such haste? Why it was not done so to provide Oxygen? Was it done so to get hold of the voters who were changing their mind because of Covid mismanagement? People are now raising question who have lost their family members, story of personal tragedy can be found in every household. It seems the demolition was done to divert people’s attention from Covid mismanagement. It is believed that the demolition was done to ensure the voters that the government is working on its agenda even if the government has failed to provide Oxygen, better healthcare and medicines.

Senior Supreme Court Lawyer, Sanjay Hedge said, “It does appear that the mosque was demolished, citing an inapplicable court order. The order was not specific to the Barabanki mosque, and in fact does not appear to apply to pre-existing religious structures. Since parties have now moved court, it remains to be seen if a restoration of status quo ante is ordered.”

Abdul Hafiz Gandhi, Assistant Professor of Law at Lucknow said, “The Garib Nawaz Masjid existed there since a century. It has an electricity connection since 1959. Question arises, if the mosque was an illegal structure then how come electricity department approved electricity connection to the mosque. Moreover, if district administration had any grievance against the mosque, it could have approached the district court. Instead of approaching the district court, administration acted illegally to demolish it. Why the SDM was in such a hurry?

“In a petition not related to this mosque, the Allahabad High Court on 24th April passed a general order not to demolish any structure till 31st May, 2021 and it further asked the government functionaries to be slow till 31st May, 2021 in taking action of demolition or eviction. Was not SDM aware of this general order of the High Court, which equally applies to Garib Nawab Masjid? SDM acted in total defiance of the orders of High Court and hence liable to contempt proceedings. The High Court must initiate sou moto contempt of court proceedings against the SDM. This country is governed by rule of law and not according to the whims and Caprice of an executive magistrate, added Hafiz Gandhi.

“I think that the BJP has changed tactics and will now use official machinery and bureaucrats to target mosques and stoke communalism, all in the name of due process and the law. This also gives them a degree of plausible deniability while because the BJP is in power they will still create goodwill amongst those supporters for whom such issues are important. I think that acid test will be the Kashi Vishwanath and Gyan Vyapi Mosque judgment which might be given at a time which will help the BJP electorally, said Ali Khan Mahmudabad who is currently an Assistant Professor at Ashoka University (India) where he teaches Political Science and History.