During the hearing of Piramal Capital's application in July, the two companies had informed the National Company Law Tribunal (NCLT) that they were in talks to resolve the matter amicably. 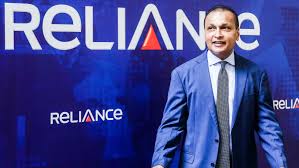 Public sector insurer LIC has initiated the process of selling debt-ridden Reliance Capital Ltd's (RCL) secured principal debt of Rs 3,400 crore to an asset reconstruction company (ARC). Lenders and bidders are upset with this initiative of LIC just a few days before the deadline for submission of bids.

The last date for submission of bids for RCL and its subsidiaries is November 28. Sources said LIC is adopting the Swiss challenge process to invite bids from ARCs to sell its debt in RCL. Potential bidders will be asked to improve their offers.

The Swiss challenge auction process is a method of bidding. It is often used in public projects. In this the interested party initiates the bidding for the respective contract or project. After that the details of the project are made public. Proposals are invited from other interested people. On receipt of the bids, the first bidder gets an opportunity to match the better bid. The last date for submission of bids is 25 November. According to sources, the Committee of Creditors (CoC) is upset with this move of LIC. LIC is a member of the CoC and attempts to finalize the deal three days before the binding bid are a nuisance to other members and bidders.

During the hearing of Piramal Capital's application in July, the two companies had informed the National Company Law Tribunal (NCLT) that they were in talks to resolve the matter amicably.