Business News : Gautam Adani is now the third richest person in the world

This is a big achievement for Gautam Adani, the founder of coal-to-port group Adani Group. With $ 91.9 billion, Mukesh Ambani, chairman of Reliance Industries, is at 11th place in this list. 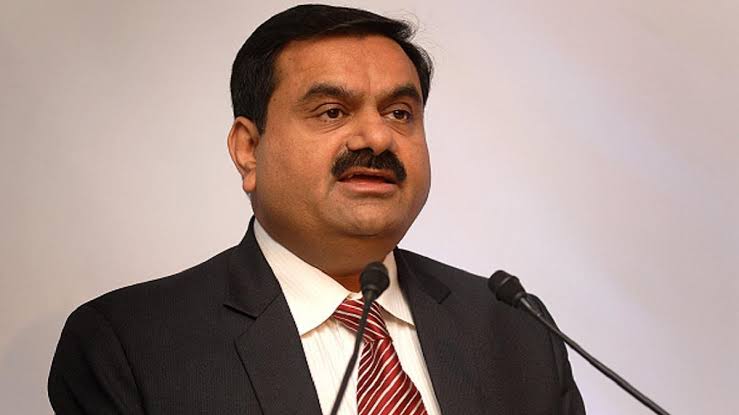 Gautam Adani has become the third richest person in the world. With a net worth of $137 billion, 60-year-old Adani is behind Elon Musk and Jeff Bezos in this coveted list, according to the latest data from the Bloomberg Billionaires Index. This is a big achievement for Gautam Adani, the founder of coal-to-port group Adani Group. With $ 91.9 billion, Mukesh Ambani, chairman of Reliance Industries, is at 11th place in this list.

The top two spots on the Bloomberg Billionaires list are occupied by Telsa chief Elon Musk and Amazon founder and CEO Jeff Bezos. Elon Musk has a net worth of $251 billion, while Jeff Bezos has a net worth of $153 billion. Gautam Adani has surpassed LVMH co-founder magnate Bernard Arnault. LVMH is a luxury fashion brand which is very popular all over the world.

According to Bloomberg, this is the first time an Asian has made it to the list of the top three richest people in the world. Indian tycoon businessman Mukesh Ambani and China's Alibaba Group's Jack Ma were in the news due to their wealth, but they could never make their place in the world's top three businessmen. The Bloomberg Billionaires list is topped by Bill Gates at fifth, Warren Buffett at sixth, Larry Page at seventh, Sergey Brin at eighth, Steve Ballmer at ninth and Larry Ellison at 10th.

Gautam Adani is the co-founder of the Adani Group, the country's largest port operator. The group is also said to be the largest coal trader of the country. Adani Enterprises achieved revenue of $5.3 billion as of March 31, 2021. However, rating agency Fitch had recently said that the debt burden on the Adani Group is very high and it may soon be a victim of economic crisis. Last week, the Adani Group was in the news for buying a 29 per cent stake in NDTV.