A total of 77 passengers were on the bus including the driver. All the injured have been admitted to Bhanjnagar Health Center and Berhampur MKCG Medical Hospital. Four female and two male passengers were among the dead. 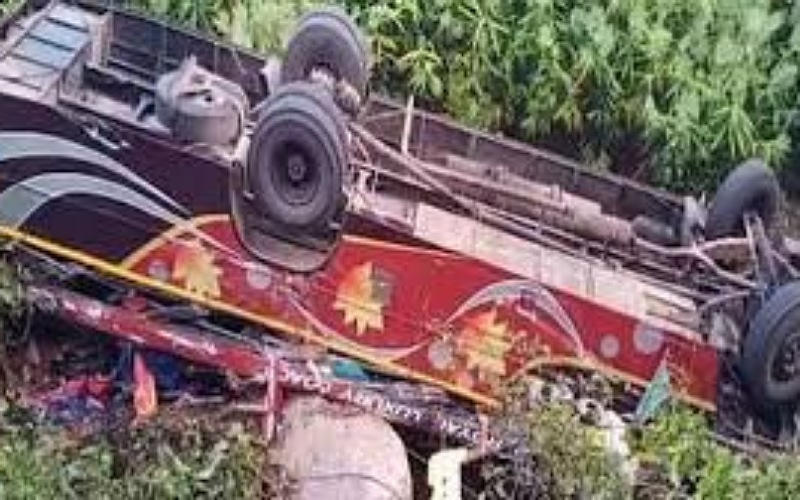 A major road accident has occurred in Kandhamal district of Odisha. A bus overturned near Kalinga Valley on Tuesday night, killing six people. While 41 people were injured. The condition of 15 of the injured is said to be critical.

According to the information received, all the passengers aboard the tourist bus are residents of Udanpur police station area in Howrah district of West Bengal. This tourist bus was going from Daringibari via Kalinga Valley when it met with an accident near Durgaprasad late in the night. When the brake pipe of the bus burst, the balance of the bus got disturbed and the bus overturned after hitting an electric pole on the side of the road.

As soon as the information about the road accident was received, the team of Bhanjnagar police station and fire department reached the spot and took out the passengers trapped in the bus and took them to the hospital. 6 passengers died on the spot. As the condition of 15 of the 41 injured tourists was critical, they have been shifted to Berhampur MKCG Medical.