Ahead of meeting his Indian Counterpart, the British Prime Minister Boris Johnson tweeted in which, he called Narendra Modi, the Indian Prime Minister, his friend. Narendra Modi reciprocated the gesture by tweeting and calling Johnson, a friend. 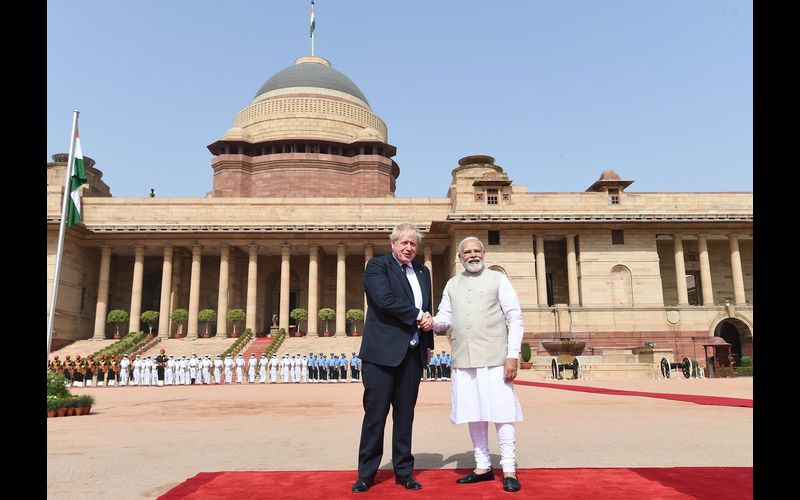 Ahead of meeting his Indian Counterpart, the British Prime Minister Boris Johnson tweeted in which, he called Narendra Modi, the Indian Prime Minister, his friend. His tweet read, “Looking forward to meeting with my friend Narendra Modi today in New Delhi. From climate change to energy security to defense, the partnership of our democracies is vital as the world faces growing threats from autocratic states.”

Reportedly, Boris Johnson is on a two-day trip to India where he'll be indulging with the Indian stakeholders and discussing crucial issues.

On this, the Indian Prime Minister tweeted a picture of him and Boris Johnson and mentioned, “Wonderful to see you, my friend PM Boris Johnson in India on a long-awaited visit. Look forward to our discussions today.

"Thank you for the fantastic welcome...I don't think the things have ever been as strong or as good between us (India-UK) as they are now," UK PM Boris Johnson said later in New Delhi."