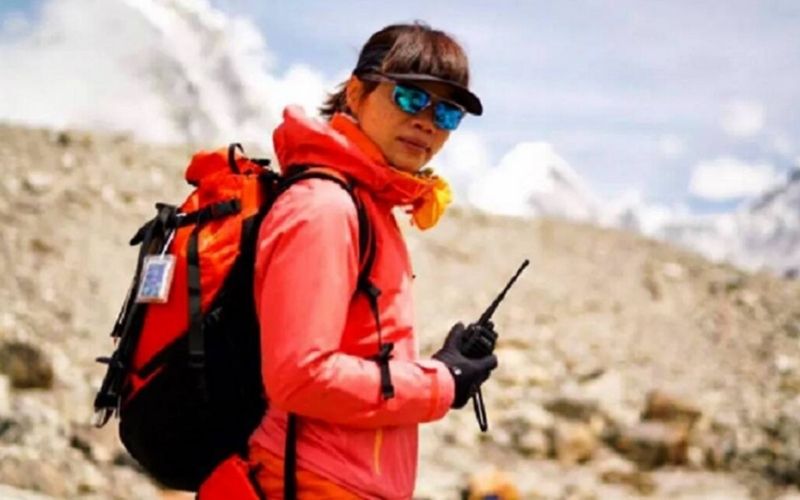 According to an official from the company who arranged the expedition, Arthur Muir, 75, became the oldest American to climb the world's highest peak at 8,848.86 metres (29,031 ft) on Sunday (23rd May).

"Arthur Muir, at 75 years old, is the oldest American to summit Mount Everest," Garrett Madison, expedition leader at Madison Mountaineering, told a news agency from the base camp.

Moreover, Muir broke the record established by Bill Burke, who at the age of 67 became the oldest American to climb the summit in 2009.

Separately, Tsang Yin-Hung, 45, of Hong Kong, ascended the summit in less than 26 hours, the quickest time ever for a woman beginning from the base camp. Generally, climbers end up spending several days in numerous camps before reaching the summit.

She broke the record set in 2017 by a Nepalese woman named Phunjo Jhangmu Lama, who climbed Everest in 39 hours and 6 minutes.

Tsang, 44, ascended the 8,848.86-metre (29,031-foot) summit in a record time of 25 hours and 50 minutes on Sunday, according to Gyanendra Shrestha, the government liaison officer at Everest base camp.

However, Tsang still needs to file her claim to Guinness World Records officials in order for her achievement to be certified, he stated.

The Nepalese government verifies that climbers have reached the summit but does not offer records certification.

Tsang and her excursion organisers, who are already on their way to Kathmandu, have yet to respond.

Notably, Tsang became the first Hong Kong woman to reach the summit in 2017. It was her third time attempting to scale the Himalayan summit.

After last year's season was cancelled due to the pandemic, Nepal has given a record 408 Everest permits for this climbing season.

According to the tourist administration, up to 350 individuals have summited the peak so far this spring, despite the fact that the country is dealing with an increase in coronavirus infections.

Unfortunately, at least two teams have said that their expedition plans have been cancelled after several team members tested positive at base camp.

After Cyclone Yaas smashed into eastern India on Wednesday, Nepal's weather forecaster has warned of worsening circumstances in the area.