Roger Binny, The former Indian cricket team star and member of the 1983 World Cup-winning team, was on Tuesday named as the 36th president of the BCCI 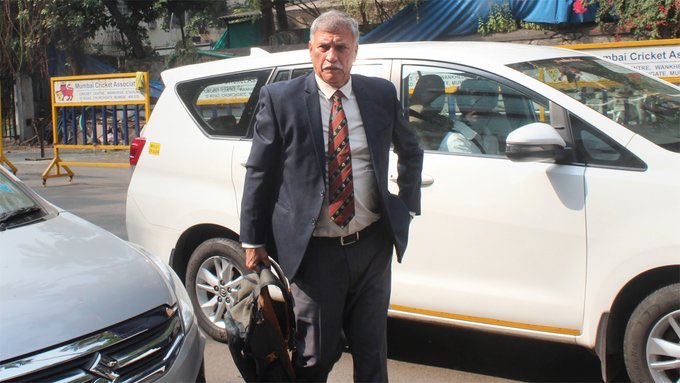 Former all-rounder Roger Binny has become the 36th President of the Board of Control for Cricket in India (BCCI). At the board's AGM on Tuesday, Binny was elected president. He will replace Sourav Ganguly. This has been decided in the Annual General Meeting of BCCI. The Annual General Meeting of BCCI was held today at Taj Hotel in Mumbai in which BCCI Secretary Jay Shah, former President Sourav Ganguly, Vice President Rajiv Shukla, Treasurer Arun Singh Dhumal, and former Indian cricketer Roger Binny were also present.

Roger Binny, 67, is a former player of the Indian cricket team. He was born in Bangalore, Karnataka. Binny became the first Anglo-Indian player to play in the Indian cricket team. Roger Binny scored 211 runs for the Karnataka team against Kerala in 1977. After this, his name started running in domestic cricket. All-rounder Binny made his national team debut in 1979 against Pakistan at the Chinnaswamy Stadium in Bangalore. Binny played 27 Tests and 72 ODIs for the Indian team. Roger Binny played his last match against Australia on 9 October 1987.

Binny dismissed Majid Khan, Zaheer Abbas, and Javed Miandad in the opening overs in the first innings of his third Test against Pakistan in Mumbai. India won the match by 131 runs for his brilliant bowling.