PM Modi tweeted that the good governance initiatives of the MP government and how their transformational plans are bringing a positive change in the lives of the people. 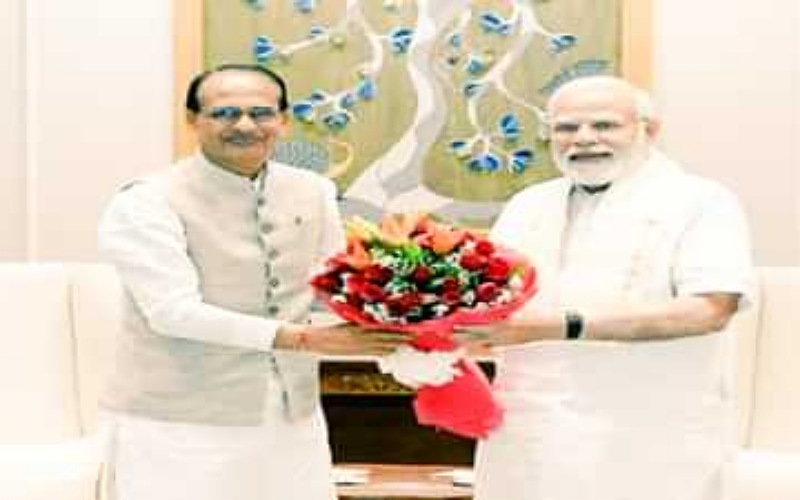 Madhya Pradesh Chief Minister Shivraj Singh Chauhan calls on Prime Minister Narendra Modi in Delhi. PM Modi tweeted that the good governance initiatives of the MP government and how their transformational plans are bringing a positive change in the lives of the people. Apart from this, BJP National President JP Nadda has made a big claim in Himachal Pradesh. He said that seeing the enthusiasm in yesterday's rally, we can say that the people of Himachal Pradesh will again bless the BJP and we will fulfill their hopes and aspirations.

He also informed about the progress of the state in the direction of employment and self-employment to the youth in the state under Employment Day. Apart from this, talks were also held on the export of wheat and development plans of the state. Let us inform that after meeting the Prime Minister, CM Shivraj interacted with the media and left for Bhopal.

After meeting PM Modi, Chief Minister Shivraj Singh Chouhan said that "Today I told Prime Minister Narendra Modi that Pravasi Bharatiya Divas will be organized on January 9 in Indore, Madhya Pradesh. Before this, the Investors' Summit will be held on January 7 and 8. Along with this, CM Shivraj has also invited PM Modi for the inauguration of Mahakal Forest Corridor.