At present, the atmosphere in Kashmir is such that Kashmiri Pandits, non-Kashmiri Hindus and some Muslims are being killed selectively. Let us inform that so far 18 target killings have been done in the valley this year and 3 Hindus have been killed in the last 3 days. 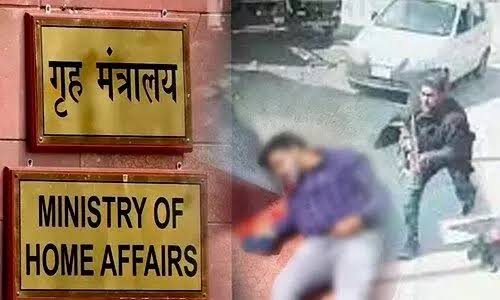 In the matter of target killing being done in Jammu and Kashmir, a meeting was held in the Ministry of Home Affairs for 2 hours today. Various issues were discussed in this meeting.

Accelerating in this matter, Home Minister Amit Shah held fast meetings. NSA Ajit Doval, RAW Chief, Jammu and Kashmir LG Manoj Sinha and Army Chief Manoj Pandey were present in this meeting. In the meeting, along with the strategy to deal with target killing, there was also a brainstorming about the security of Amarnath Yatra. A plan has also been prepared against target killing.

Desperate terrorists are killing innocent and outsiders if the peace process in Kashmir goes smoothly. If government sources are to be believed, then all this will end soon.

The government has transferred government employees from outside to safer places. But sources believe that not everyone can be transferred to Jammu. This is also a factor that minorities cannot be excluded from the Valley. Doing so will fulfill the plans of the terrorists. Around 5500 people have been shifted to safer places.

Sources say that the local people do not work. That's why he never supports killing laborers from outside. It also includes those few people of the valley who have been considering Kashmir as their fiefdom. He was running the system earlier also and wants to maintain his power in future also. This is not jihad.