Bow Down Bitches, Gisele Bündchen is Back

Basis V Magazine's cover, it's safe to say that if Beyonce's Flawless could ever take a tangible form, it would exude in the form of Gisele Bundchen. 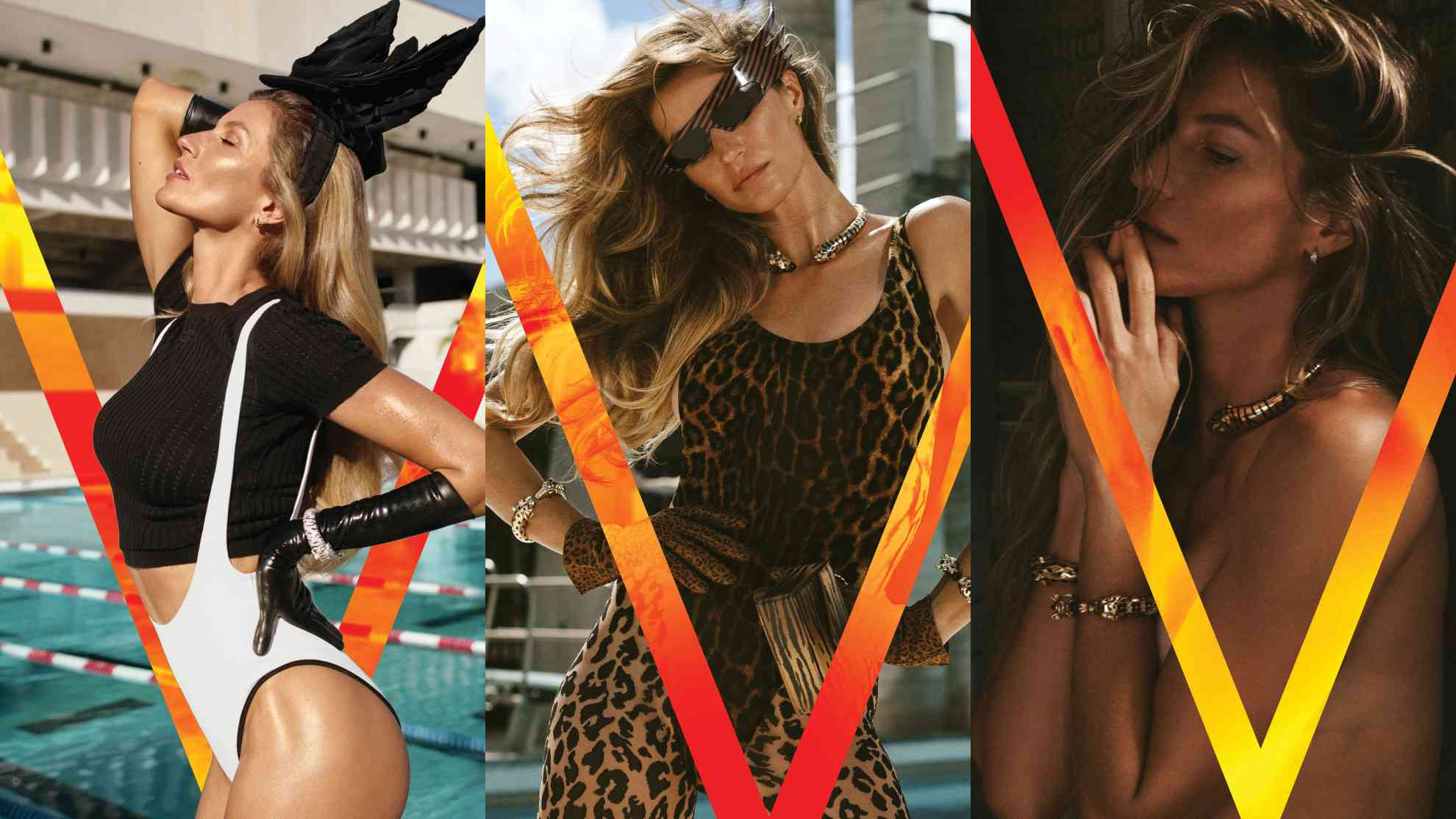 There was hardly a strut as ferocious as Gisele Bündchen when she dominated the Runway. For her photoshoots, Bundchen became what the camera desired her to be, at times calm as a breeze, others untamed as an Angry Goddess. But after being clandestine from the Industry, for a while, the Brazilian Bombshell has reclaimed her territory, and of course, it wasn’t mundane when she graced the cover for the latest edition of V Magazine.

As per V Magazine’s Instagram, “After a four-year hiatus, Gisele is back, and on the Cover of V Magazine, for the new Summer Issue.” We’re screaming, by the way, in case it wasn’t yet obvious. Somewhere, in the back of our minds, we were aware that the camera’s resolution with the Supermodel’s tandem was inevitable, but we’ve waited long enough for Contemporary, High-Fashion Snaps that featured Gisele, someone we grew up watching, admiring, and drooling over. The photoshoot tapped fans into collective nostalgia, and it makes sense, as Bündchen decided to retire from the catwalk in the year 2015. As per the ABC, this is her cover shoot straight after two years.

Just how ravishing Bündchen always is, for the Magazine Cover, she invokes a fierce tigress, quite literally as she pairs Leopard Print head to toe. For the top, she wore an animal print Norma Kamali Bodysuit, with a shade darker than her tights pertained. Think monochrome, but defy it minutely by varying the hues. For instance, the gloves and the Amina Muaddi Bag she held attributed a similar print, but with a certain distinction. The entire look was then concluded with Serpentine Cartier Necklace and Bracelets. The pre-eminent part of the overall discourse, however, was the Alain Mikli flame-raged sunglasses.

In the second look Bundchen posted on Instagram, while she elaborated on Giselerama, she also nailed the Playboy meets Dark-Deity narrative. The Heather Huey Headpiece pantheons a modern, yet subtle Lilith portrayal. As for apparel, underneath there lay a black top, over which a suspender-like part-bodysuit made way. Latex Black gloves and thick garnets echoed the Ambitious demeanor.

In the third and the final look, Bündchen wore her bare self, and kept the 18k Cartier Black Lacquer, Onyx and Moonstone infused serpentine garnets on. From Supermodel Candice Swanepoel to Caroline Trentini, all screamed for their colleague Bundchen, who once, along with them, was an omnipresent sight in the Fashion Industry.