Bomb explosion outside Arjun Singh’s house for the second time

MP Arjun Singh alleged that bombs have been thrown to put further pressure on him since the previous investigation was given to the NIA. 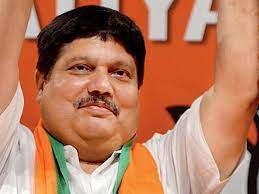 He tweeted, In the 24 hours of NIA taking charge of the investigation into the bomb explosion outside BJP MP Arjun Singh’s house in Jagadal, North 24 Paraganas district. The bombs were hurled in front of my house on 8th September and behind the house this morning. Criminals have no fear as they have the protection of TMC and @WBPolice. The criminals are roaming openly, the police have become the Dallas of the Trinamool. I was never afraid of such attacks and I will not be afraid.

According to the sources, the sound of a crude bomb explosion was heard from an empty piece of land which is 200 meters away from his house. This incident took place around 9 am. Officers of the Jagddal police station reached the spot.