Bollywood News : This is good news, Rajkumar Rao and Patralekha get engaged

In the engagement video going viral on social media, Rajkumar (37) was seen kneeling. 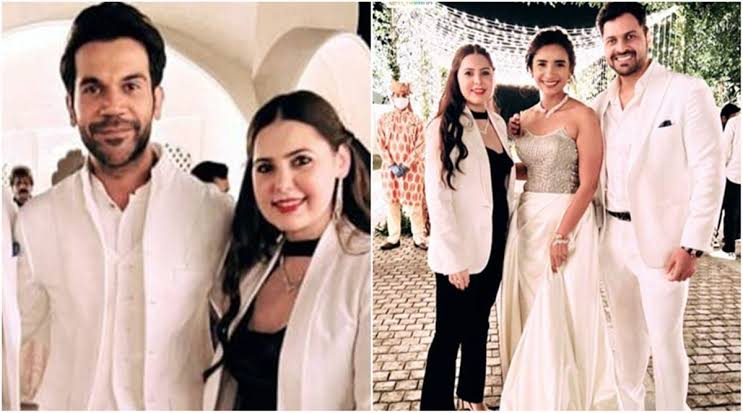 Wedding season is going on right now. Along with common people, special people are also getting married. There is news from the world of Bollywood that actor Rajkumar Rao and actress Patralekha got engaged in Chandigarh.

In the engagement video going viral on social media, Rajkumar (37) was seen kneeling.

In the video, Rajkumar was seen wearing a white churidar kurta pajama and jacket, while Patralekha was wearing a white 'off-shoulder' gown. This couple is going to tie the knot soon. The two were seen together in filmmaker Hansal Mehta's 2014 film Citylights and ALTBalaji's Bose: Dead/Alive.