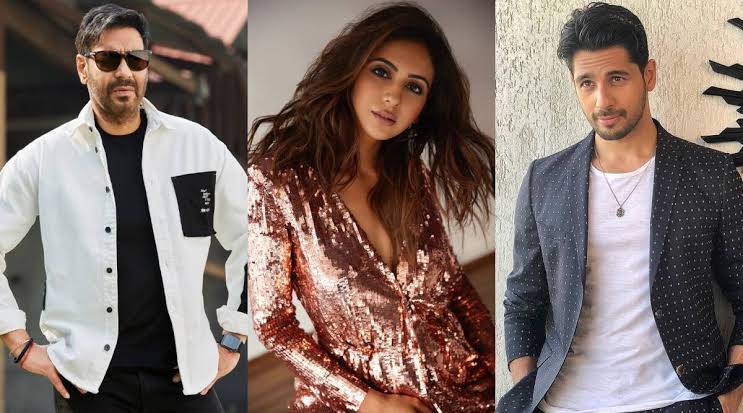 The release date of Bollywood's Singham Ajay Devgan, Sidharth Malhotra and actress Rakul Preet Singh's upcoming film Thank God has been changed. Now this film will be released near Diwali. Akshay Kumar's film Ram Setu is also going to come on the occasion of Diwali.

Thank God was scheduled to release in July but the makers have now decided to release it on Diwali. Thank God is a T-Series and Maruti International Production film directed by Indra Kumar.

Ajay Devgn and Rakul Preet Singh will be seen sharing screen space together. Earlier, both have worked in 'De De Pyaar De' and 'Runway 34'. It will be interesting to watch Thank God as the film will also see Nora Fatehi in a dance number and Sri Lankan singer Yohani will also dance in the remake of her popular song 'Manike Mage Hite'.

Trade analyst Taran Adarsh ​​while revealing the release date of the film Thank God said that Ajay Devgan, Sidharth Malhotra and Rakul Preet Singh's upcoming film Thank God is going to be released this year i.e. 2022 on the occasion of Diwali. The film has now got a new release date. Ajay Devgan has once again collaborated with director Indra Kumar in the film. Both of them had earlier worked together in the year 2019.