"Cities have received an overwhelming response across India with cinemagoers choosing different formats including 2D, IMAX and 4DX across cities," Ashish Saxena, COO - Cinemas, BookMyShow, said in a statement. 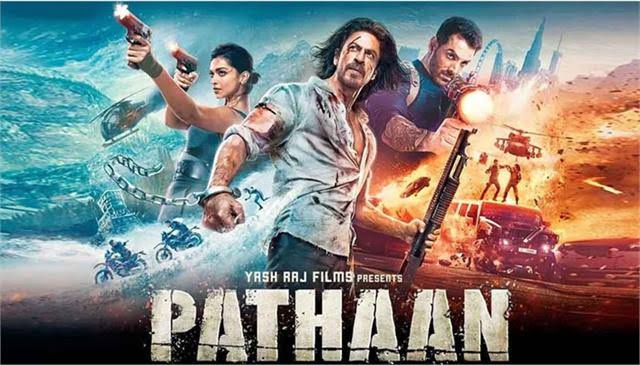 Shah Rukh Khan is all set to return to the big screen as a lead hero after a long gap of 4 years with the film 'Pathan'. That's why cinema lovers all over the world are preparing for this day like a festival. At the same time, another good news has come out that with this film, many closed single screen theaters of the country are ready to welcome the audience again. Trade analysts are confident that Shah Rukh Khan-starrer 'Pathan' will open somewhere between Rs 45 to 50 crore at the box office. The film is set to hit the cinema halls a day before Republic Day, giving the Hindi film a five-day extended opening weekend.

The advance booking for 'Pathan', backed by Yash Raj Films, has started on January 20. The film is reportedly going to release across 5,000 screens across India. This is Shahrukh Khan's first film which has shows at 6 am. Trade analyst Taran Adarsh ​​said that 'Pathan' will revive Bollywood and start a promising 2023 for the industry, which has gone through a lean phase during Covid and 2022. He wrote, "The film is going to make a historic opening at the box office with an opening day collection of Rs 45 to 50 crores. Especially considering its advance bookings, the box office revival will start with 'Pathan', which is very rare." It's a great start to 2023 even though it's a working day."

According to leading ticketing platform BookMyShow (BMS), more than 1 million tickets have been booked. The advance sales of 'Pathan' are starting in phases, with over 3,500 screens available on BMS so far, besides the introduction of morning shows which has increased demand. "Cities have received an overwhelming response across India with cinemagoers choosing different formats including 2D, IMAX and 4DX across cities," Ashish Saxena, COO - Cinemas, BookMyShow, said in a statement.

Bumper advance booking of the film is being done not only in multiplexes but also in single screen theatres. 70 to 80 percent ticket booking has been done in Mumbai's popular single screen theaters Gaiety, Galaxy and Maratha Mandir. It is one of the first Bollywood films to top the advance booking charts in the southern parts of the country. The film is releasing in Tamil and Telugu (and) it has opened very well in Kerala in its native language Hindi. Shah Rukh took a break from films after the lukewarm performance of 'Zero'. In between though, the actor has only given cameos in R Madhavan's "Rocketry: The Nambi Effect" (Hindi version) and the Ayan Mukerji-directed blockbuster "Brahmastra Part One: Shiva".