The new look of lead actor Ranbir Kapoor from the film has been leaked. Ranbir's new and powerful look from the film is becoming fiercely viral on social media and the fans are loving this new look. 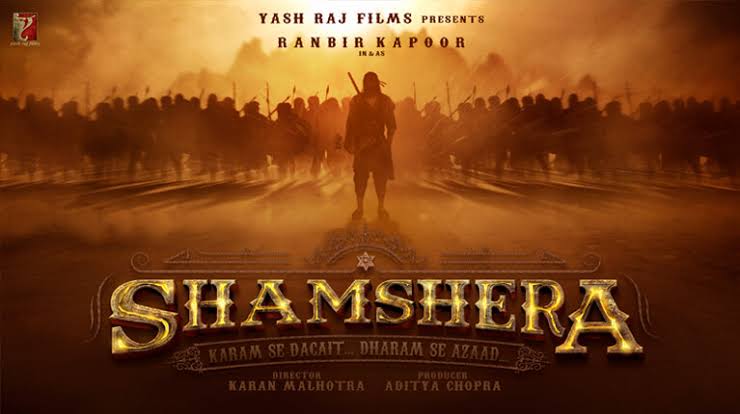 The audience is eagerly waiting for the release of Ranbir Kapoor's upcoming film 'Shamshera'. Apart from Ranbir, Sanjay Dutt and Vaani Kapoor will also be seen in the lead roles in the film. The teaser of the film was released some time back, which also got a good response from the audience.

Now after 3 years, two big films of Ranbir Kapoor are ready for release 'Brahmastra' and 'Shamshera'. While 'Shamshera' will release on July 22, 'Brahmastra' will be released in September. Well, the first look of Ranbir Kapoor from Shamshera has created a ruckus on social media. There is more excitement among the fans about the film than before. The trailer of this film will be released on June 24, 2022.

Ranbir Kapoor's look in the action and thriller film 'Shamshera' is impressing everyone. At the same time, Vaani Kapoor and Sanjay Dutt were also seen along with Ranbir in the teaser of the film released last year. However, Ranbir's look now is quite different from the teaser. In the poster, Ranbir is seen in long hair and beard. He is holding a weapon in his hand.