Bollywood News : Ranbir-Alia did not visit Mahakal amid protests

The police had to lathi-charge to control the crowd. Home Minister Narottam Mishra said that no one was stopped from seeing him, he himself had decided not to go there. 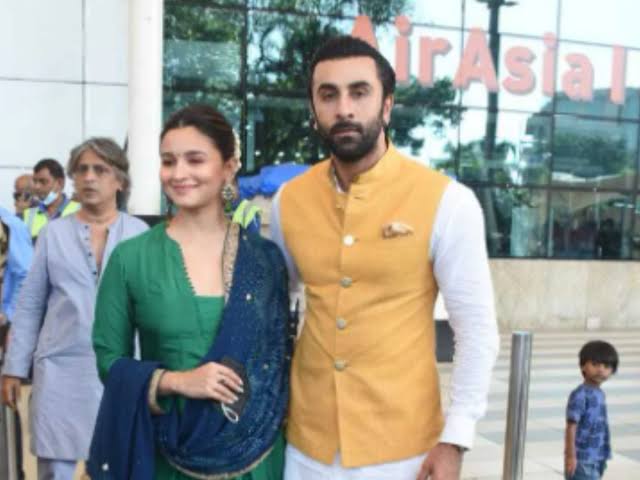 In Madhya Pradesh's Ujjain, members of right-wing groups Vishwa Hindu Parishad (VHP) and Bajrang Dal prayed for actors Ranbir Kapoor, Alia Bhatt and Ayan Mukerji in the city. There was a huge ruckus before the journey. He had a program to visit the famous Jyotirlinga in Mahakaleshwar temple. Before his arrival, right-wing activists gathered to show black flags at the main gate and the conch gate for VVIPs. The police had to lathi-charge to control the crowd. Home Minister Narottam Mishra said that no one was stopped from seeing him, he himself had decided not to go there.

After promoting the film in Mumbai, Chennai and Hyderabad, the lead actors of Brahmastra, accompanied by director Ayan Mukerji, flew to Ujjain to visit the Mahakaleshwar temple. Alia Bhatt shared the post on Instagram, "Hello, we are back once again with some more information, First of all, we are on our way to Ujjain, Mahakaleshwar temple."

Since Alia Bhatt is pregnant, she decided not to visit the temple amid the uproar. Alia Bhatt and Ranbir Kapoor returned to Indore without visiting Ujjain. Ujjain Collector Ashish Singh said that he would take a flight from Indore to Mumbai. Singh said that only Ayan Mukerji went to the temple after the situation came under control.

After Ranbir Kapoor and Alia Bhatt returned from Ujjain without offering prayers at the Mahakal temple due to Bajrang Dal protests, Madhya Pradesh Home Minister Narottam Mishra said, "Nobody stopped them from offering prayers, they themselves did not go there." decided to go there Didn't stop."