There is a tremendous excitement among the audience about Ranbir Kapoor's upcoming film Brahmastra. 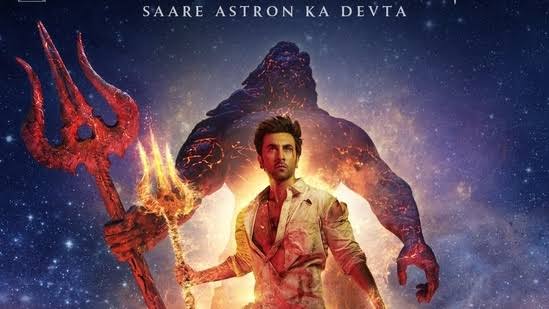 There is a tremendous excitement among the audience about Ranbir Kapoor's upcoming film Brahmastra. Director Ayan Mukerji's Brahmastra is Bollywood's most expensive film, which includes actors like Alia Bhatt, Amitabh Bachchan, Nagarjan, Shahrukh Khan and Mouni Roy will be seen with Ranbir Kapoor. A few days back, the makers released the first teaser of the film, in which Ranbir Kapoor was seen covered in blood with a trident in his hand.

The first teaser of the film was so spectacular that the audience started saying that Brahmastra will break all the records in theatres. Bollywood has never made such a mega budget film before, due to which the audience is eagerly waiting for the film.

The audience is constantly speculating about the story of the film Brahmastra, but no one is able to understand what Ayan's upcoming film is about? The cast of the film, Nagarjuna, while talking to Pinkvilla has revealed the main plot of Brahmastra.

Nagarjuna) has said during the discussion that the film has been made on a very large scale. Today's time and Vedic period have been beautifully blended in its script. I cannot tell much about Brahmastra, but I can definitely say that it will be a blockbuster.

It is clear from Nagarjan's point that the film has been named Brahmastra after this weapon. Ranbir Kapoor will protect the world by using this 5000 year old weapon. The film Brahmastra is made under the Dharma Productions .There are reports that this film will be released in three different parts, which will cost around 500 crores. The makers will release the film Brahmastra at the Pan India level. In the South, it is being presented by director Rajamouli, who made the Bahubali series.