Hum Do Hamare Do  movie review, an average family comedy with good performances 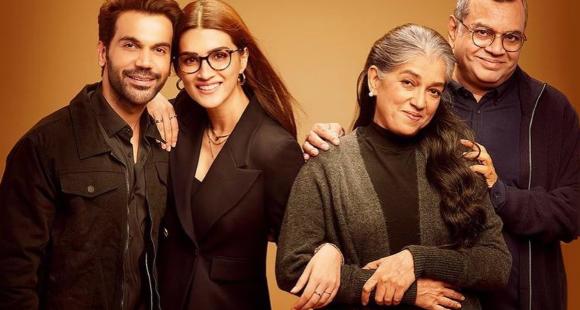 There are various comedies wherein the humor arises from the situation of a fake family being out together resulting in mistaken identity between the two families and the leads. Hum Do Hamara Do has the same backdrop but the idea of getting estranged lovers to act as parents is what brings freshness to the narrative. The story rotates around how Dhruv, Rajkummar Rao gets Dipti Kashyap, Ratna Pathak, and Purushottam, Paresh Rawal to be his parents in an attempt to win over Aanya, Kriti Sanon, and her family.

The screenplay unfolds with parallel tracks- Dhruv’s efforts to complete Aanya’s dream and Prshottam’s attempt to complete his incomplete romantic journey with Dipti. All this sounds quite interesting but the problem is Hum Do Hamare Do lies in the manner in which the story and its conflict untangle. It’s fun for the portions which rise on built-up situations for comedy, the impact gets diluted when the not-so-dramatic scene comes into the picture.