'Black fungus' on the rise in Covid-19 patients in India

Mucormycosis, a severe fungal infection that is otherwise rare, has recently been found in a number of Covid-19 patients. Even though there is no significant outbreak, the national Covid task force has released an advisory.' 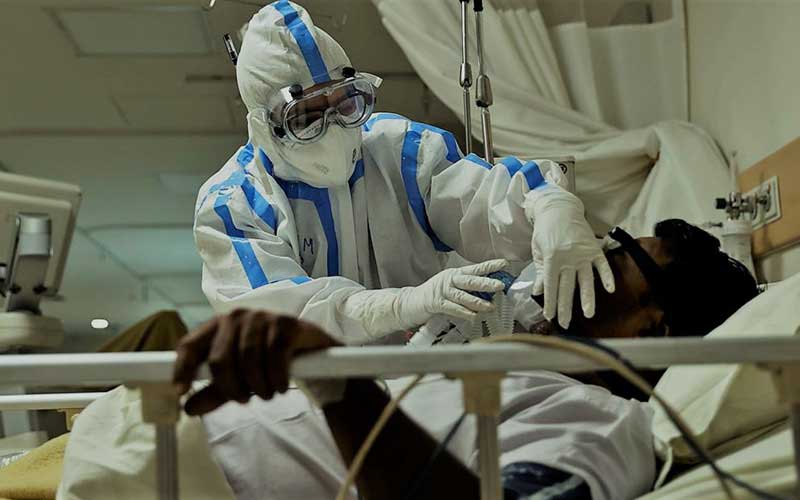 A rare but severe fungal infection, identified as mucormycosis and colloquially as “black fungus”, has been discovered relatively frequently among Covid-19 patients in some states. The disease frequently manifests in the skin, but it can also affect the lungs and the brain. With a series of mucormycosis cases discovered in Delhi, Maharashtra, and Gujarat, the national Covid-19 task force released an evidence-based advisory on the disease on Sunday.

Reportedly, Mucormycosis, aka the "black fungus" infection, can damage the sinuses or lungs if the spores are inhaled, as per a health advisory released on Sunday by the Indian Council of Medical Research. Besides, ICMR also stated that the patients who have been on medication for a long time or who have spent time in the intensive care unit are particularly vulnerable. According to local media sources, the unusual but lethal infection can kill and maim patients, with some losing their upper jaws and eyes after contracting it.

With India registering more than 300,000 new virus infections in the last 19 days, doctors across the country are seeing an increase in such cases as an unintended result of extensive medical intervention that often involves oxygen tubes through the nose. According to media reports, the fungus can infect the respiratory tract and be present in India prior to the Covid pandemic.

A second virus wave has strained the healthcare system to breaking point, proving more deadly and difficult to manage than the first.

According to the ICMR, warning signs for the fungal infection include discomfort and redness around the eyes and nose, shortness of breath, bloody vomiting, and a change in mental state. Doctors recommended monitoring the patient's blood glucose levels by using hot, sterile water in humidifiers used for oxygen therapy. The ICMR cautioned against the overuse of steroids, claiming that it could exacerbate the infection.

The fungal infection is the latest complication in India's virus battle, with the country still running low on hospital beds, oxygen cylinders, Covid drugs, and vaccine doses as new cases emerge. Experts also cautioned that the sheer scale of India's outbreak would undoubtedly result in new virus mutations and aftereffects that have not previously been observed.