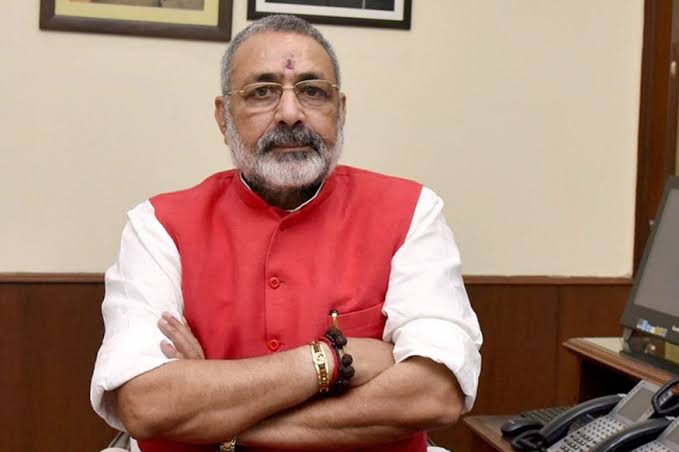 After Nupur Sharma, now BJP's fire brand leader Giriraj Singh has also come under the target of terrorists. An IB report has claimed that many BJP leaders are on the target of terrorists. The name of Giriraj Singh is being told at the top of these. This information has also been issued by the Union Home Ministry. Terrorist organization Islamic State Khorasan has written about the attack against BJP in a new edition of its magazine. After writing about the attack, this terrorist organization has also shared it on its Twitter handle. Giriraj Singh has received threats on the phone even before this.

In most of the statements of Giriraj Singh, you will get to see the angle of Hindu Muslim. Giriraj Singh responds assertively to anything related to Hindutva. Speaking on the attacks on the procession of Ram Navami and Hanuman Jayanti in the past, he had said that if the procession or procession of Ram Navami and Hanuman Jayanti is not taken out here, will it take out in Bangladesh, Afghanistan, Pakistan or other countries. He said, "I want to ask all those people of the country who spread religious hysteria in the country and when the people of the so called secular party say secular things and say that Ganga Jamuni is Tehzeeb. Till today sometimes on the procession of Muharram. There were no attacks. These are the same people who want to bring Sharia law in India. These are the same people who want to destroy the country. They are the DNA of Jinnah. Be it Owaisi or any other people. "