Surendra Singh Shera, an independent MLA from Burhanpur, has been made in-charge of the arrangements for the Burhanpur-Khandwa phase of the yatra in Madhya Pradesh. 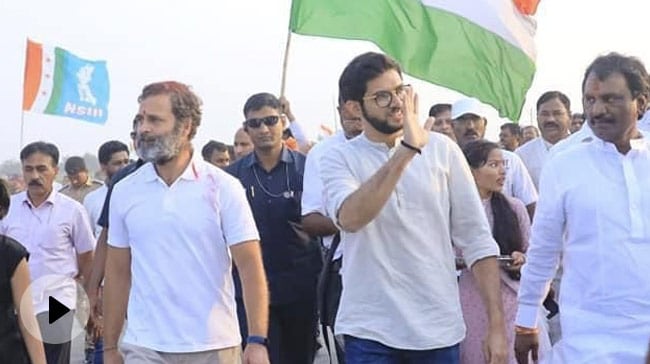 Rahul Gandhi's Bharat Jodo Yatra will enter Madhya Pradesh from Burhanpur in the late evening of 20 November. Surendra Singh Shera, an independent MLA from Burhanpur, has been made in-charge of the arrangements for the Burhanpur-Khandwa phase of the yatra in Madhya Pradesh.

Just 10 days before the Yatra reaches Madhya Pradesh, a letter from the state Congress office to Shera signed by the party's organizational vice-president Chandraprabhash Shekhar states that on the instructions of Kamal Nath, he has to organize all the Bharat Jodo Yatra in Burhanpur and Khandwa from November 20-23. Has been made in charge of the arrangements.

Home Minister and senior BJP leader Dr. Narottam Mishra reacted saying, "O Nath, why so much hatred towards Yaduvanshis (Yadavs)?" There are two assembly seats in Burhanpur district but Congress does not have a single MLA.

Congress' Sumitra Devi Kasdekar had won from Nepanagar seat in 2018, but soon after Jyotiraditya Scindia quit the Congress, she too joined the BJP.

Surendra Shera was in the Congress, but in 2018, when he was not given a ticket, he rebelled and contested as an independent and won. When the Kamal Nath government was formed in 2018, he supported it, but as soon as the Shivraj government came, he supported the BJP.