The counting of 476 seats finished late on Saturday as 349 candidates were already declared won unopposed on Friday. Among these, 334 are from BJP and 15 from Samajwadi and other parties. 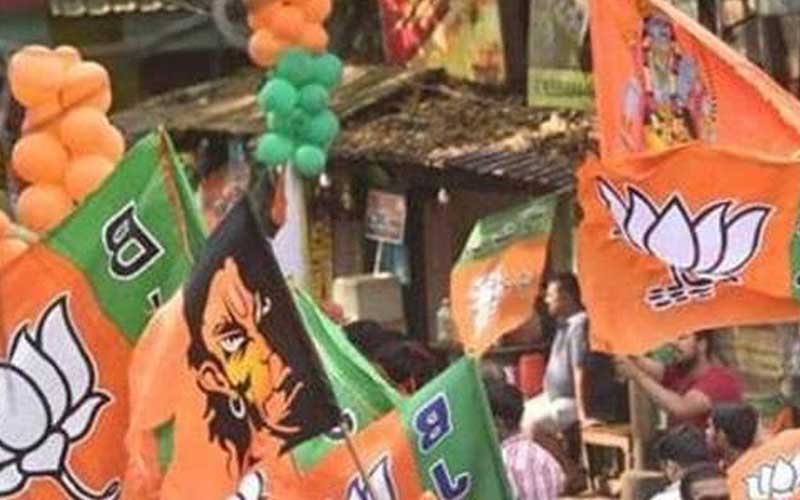 BJP wins 635 out of 825 seats in Uttar Pradesh where block panchayat chiefs were to be elected. The counting of 476 seats finished late on Saturday as 349 candidates were already declared won unopposed on Friday. Among these, 334 are from BJP and 15 from Samajwadi and various other parties. The saffron party has registered a majority win in over 500 blocks of UP Lucknow, Kannauj, Sitapur, Agra etc.

The result comes after cases of widespread violence across the state with the ruling Bharatiya Janata Party leaders accused of using muscle power to prevent rival aspirants from filing their papers in several districts. In some districts, SP leaders have alleged that several of their candidates were not allowed to file nomination papers by the police and BJP workers. Recently, a video was surfaced where an SP woman proposer was seen being mishandled by rival party men who were snatching papers in Lakhimpur district.

However, the ruling party leaders have denied all charges. Instead, the BJP has claimed that in several blocks, other party candidates were elected unopposed. Some cases of BJP candidates being manhandled and their vehicles targetted with missiles.

UP Chief Minister, Yogi Adityanath expressed his views on the win at a press conference held at the state BJP headquarters in Lucknow,

"Almost 85% seats went in favour of the BJP. The victory was due to the guidance and inspiration from prime minister Narendra Modi, as work was done without any discrimination for all sections of the society. People’s inclination was towards us, and I’m happy to say that the party’s strategy has yielded results,”

He also praised State Election Comission for conducting a peaceful election " in a state full of professional criminals and mafia, and where democracy was mortgaged on the basis of caste, religion and sect."