But it wasn't just the BJP Leaders who were furious. Users expressed their backlash and mentioned that they'll be boycotting her upcoming release, Fukrey 3. 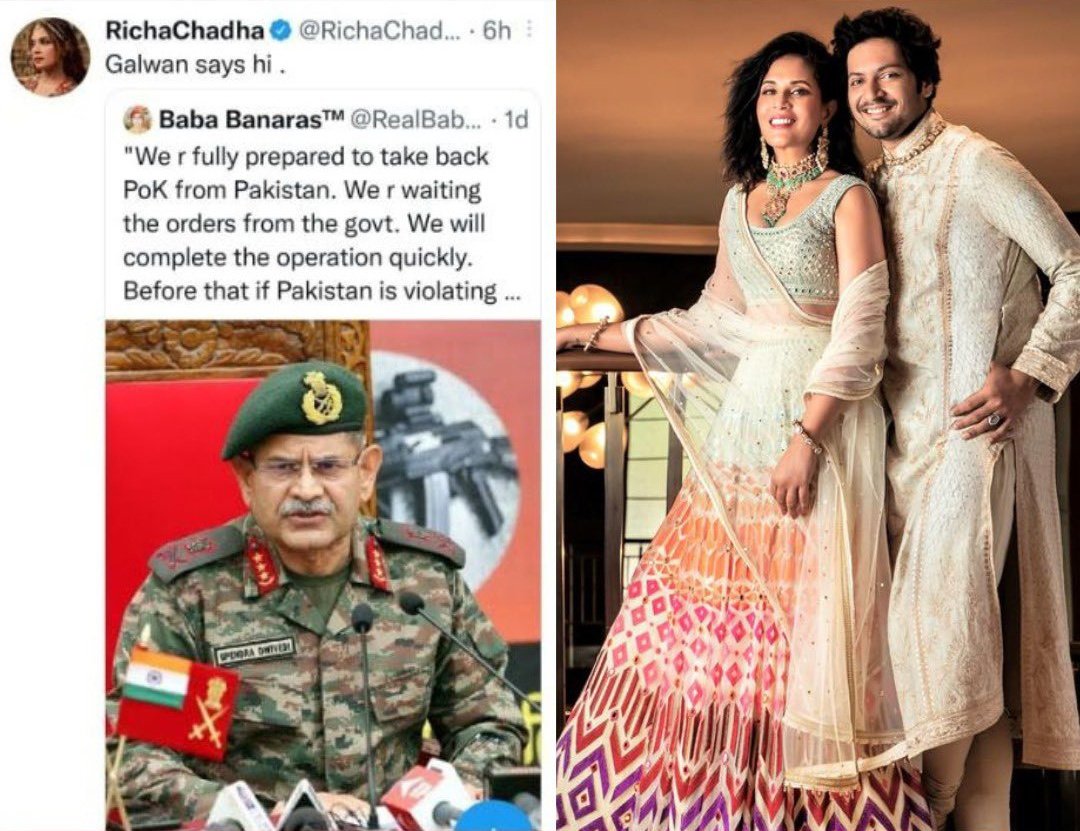 The BJP has slammed actor Richa Chadha over her 'Galwan says hi' comment on the Indian Army. "It is shameful that she insulted the Indian Army once again & that too when the Northern Command chief was speaking about taking back PoK from Pakistan, says Manjinder Singh Sirsa."

Chadha, while reacting to a statement by Commanding-in-Chief Northern Command, Lt Gen Upendra Dwivedi that Indian Armed forces are ready to take back POK and are waiting for orders from the government, sarcastically said ‘Galwan says hi’. Of course, netizens were quick to point out her satirical tone and blamed her for making fun of the Indian Army's attempt to take POK back.

But it wasn't just the BJP Leaders who were furious. Users expressed their backlash and mentioned that they'll be boycotting her upcoming release, Fukrey 3. A user wrote, "What better to expect from a failed actress who’s a liberal and who has the bigot Ali Fazal as her husband?"