BJP MP Manoj Tiwari, who came to vote for the MCD elections, was heckled by people and told that his vote would be deducted. Manoj Tiwari says that the votes of about 450 people were cut, this is a conspiracy of the Aam Aadmi Party of the Delhi government. 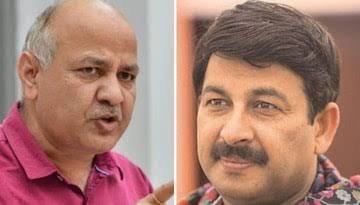 Delhi Congress President Anil Chaudhary could not cast his vote The Delhi Congress President, who asked people to vote in support of his party, has not been able to cast his vote himself. He could not vote because his name was not there in the voter list. On the other hand, BJP leader Kapil Mishra has said that the public is understanding everything, it is anti-incumbency of the 8-year rule.