BJP MLA's Daughter Breaks Signal from her BMW in Bengaluru, Misbehaved with Policemen When Stopped

The daughter of BJP MLA Arvind Limbavalli got into an ugly spat with police officers and assaulted a video journalist of a prominent local media group. 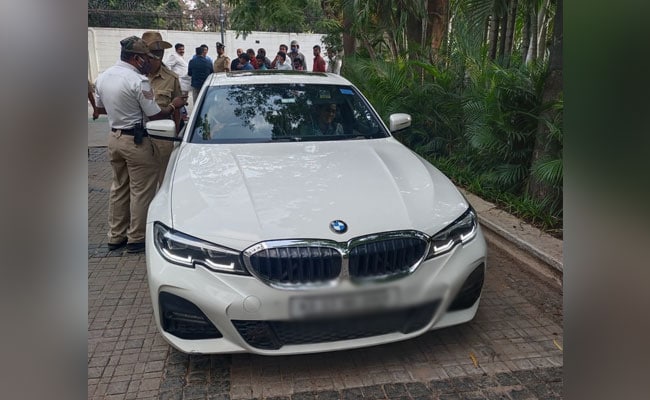 BJP MLA Arvind Nimbawali's daughter allegedly misbehaved with policemen present after jumping a traffic signal from a BMW Car in Bengaluru. According to the sources, afterward, she also misbehaved with a reporter who recorded the incident.

The daughter of BJP MLA Arvind Nimbawali, who was driving a white-colored BMW, did not stop even when the traffic light turned red. Following that, when the traffic policemen stopped her, she started arguing with them. The sources later revealed that she was not even wearing a seat belt during the incident.

Police personnel said she was asked to pay the fine after the police stopped him near the Coffee Board signal in the city, following which she started indulging in a verbal spat. When stopped, she told the policemen whose daughter she was. However, the policemen ignored her threat. After the debate went on for some time, a crowd gathered on the road in front of the Raj Bhavan, where it was stopped.